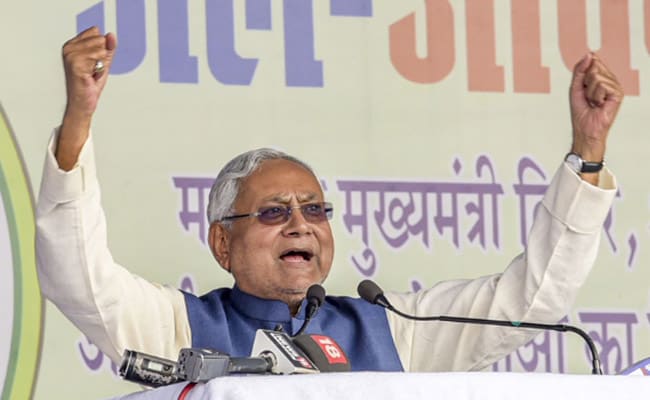 After Arvind Kejriwal’s Aam Aadmi Party made a clean sweep in Delhi, all eyes are on Bihar, where assembly elections are expected to take place by November. This is the first time the NDA – the BJP, Nitish Kumar and Ram Vilas Paswan’s Lok Janashakti Party are contesting together. In the triangular politics of the state, the position of the Chief Minister’s Janata Dal United is unassailable, his partymen claim. That he is the state’s three-time Chief Minister and was declared the face of the NDA in Bihar by the BJP’s all-powerful leader Amit Shah is no fluke, they say.

“Over the last 15 years, Nitish Kumar has managed to check caste killings and Maoist violence by consciously sharing power with Economically Backward Classes and Dalits besides upper castes known as coalition of extremes,” said KC Tyagi, the General Secretary of the party. He has given them reservations in panchayats and has launched several other schemes, including Rs 10 lakh interest free loans for starting a business.

He has also managed to win the support of the women, whom he has given 27 per cent reservation in jobs, and students with his interest-free Rs 4 lakh loans and unemployment allowance of Rs 1000 a month.

The Rashtriya Janata Dal’s failure to win any of the state’s 40 seats has put a black mark on Tejashwi Yadav’s record as a leader. It is now obvious that re-energising the RJD would need the touch of Lalu Yadav, who is currently in jail in a series of corruption cases.

Since the Lok Sabha election result, Tejashwi Yadav has been slowly distancing himself from the party.

He has barely spoken up during the devastating floods in the state or the death of hundreds of children in Muzaffapur last year. He has also not kept in touch with political allies like Upendra Kushwaha, Jeetan Ram Manjhi or Mukesh Mallah. He has stopped highlighting the government’s failures, restricting politics to a few tweets a day. He failed to seize the opportunity even after the Niti Aayog’s report slammed the Bihar government. Even when the whole opposition was campaigning against the Citizenship Amendment Act, he abandoned the programme midway.

Tejashwi Yadav’s abdication of duty has worked in the favour of the Chief Minister, who will go to the voters with a solid track record of his performance, the JDU leaders say.

He has managed to deliver on most of the seven big promises made to voters ahead of the 2015 national elections. Electricity has reached all households much before the deadline. The piped water programme will be completed by June. The two schemes touch practically all households including that of his political rivals. Providing wifi in colleges and universities and interest-free student credit cards were among the other promises, which are also on track.

Last month, Nitish Kumar started the “Jal, Jeevan, Hariyali (water, life, greenery)” an ambitious programme to tackle the problem of climate change. Under this, the Bihar government will spend Rs 8000 crore every year for the next three years on planting trees and recharging water tables.

Even the opposition acknowledged that the programme will touch all sections of people and boost the Chief Minister’s goodwill.