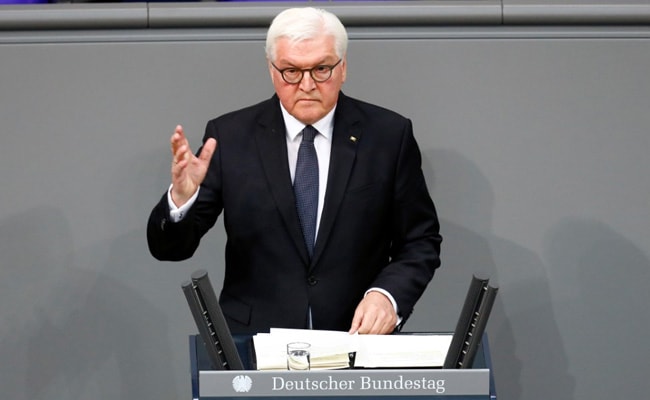 Germany’s president took an indirect swipe at US President Donald Trump on Friday in accusing Washington, China and Russia of stoking global mistrust and insecurity with a “great powers” competition” that could threaten a new nuclear arms race.

“‘Great again’ – even at the expense of neighbours and partners,” quipped Steinmeier, a former Social Democrat foreign minister whose comments on foreign policy carry authority.

As foreign minister in 2014, he was central to the so-called “Munich consensus” when German leaders said Berlin was ready to assume more responsibility in global affairs. Steinmeier pressed that point again on Friday, but not before bemoaning the foreign policy approaches of Russia, China and the United States.

“Russia…has made military force and the violent shifting of borders on the European continent the means of politics once again,” he said in the text of a speech for delivery at the opening of the conference.

“China…accepts international law only selectively where it does not run counter to its own interests,” Steinmeier said.

“And our closest ally, the United States of America, under the present administration itself, rejects the idea of an international community.”

The upshot is “more mistrust, more armament, less security…all the way to a new nuclear arms race,” he said.

In response, he said, Germany should raise defence spending to contribute more to European security and to maintain its alliance with the United States, recognising that US interests were gravitating away from Europe toward Asia.

He also called for a European policy towards Russia “that is not limited to condemning statements and sanctions alone”.

Europe, he added, “must find its own balance with China between intensifying competition between systems and the need for cooperation.” WTO to make announcement about chief amid reports he will resign China says it is ready to help India in Covid-19 fight, shares info over video link