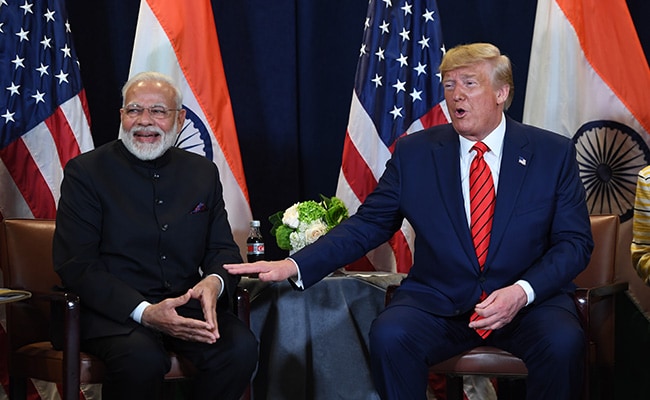 US President Donald Trump will make his first state visit to India next week, nearly five months after he joined Prime Minister Narendra Modi at the grand ‘Howdy, Modi’ event in Houston, Texas.

President Trump, along with First Lady Melania Trump, will arrive for a two-day visit on February 24. He will travel to New Delhi and Ahmedabad, which is in PM Modi’s home state of Gujarat and “played such an important role in Mahatma Gandhi’s life and leadership of the Indian independence movement,” the White House said in a statement on Monday.

“During a phone call over the weekend, President Trump and Prime Minister Modi agreed the trip will further strengthen the United States-India strategic partnership and highlight the strong and enduring bonds between the American and Indian people,” the statement further read.

President Trump will “interact with a wide cross-section of the Indian society,” Foreign Ministry has said.

During his two-day visit, India and the US hope to seal a trade deal pending since 2018 amid a strain in ties. New Delhi hopes the US President will revoke the cancelling of India’s preferential trade status or “Generalized System of Preference (GSP)” status.

Agra in Uttar Pradesh was also considered for President Trump’s itinerary, news agency PTI reported where he was expected to visit Taj Mahal – one of the most famous monuments in the world. A high-level logistics team from Washington handling President Trump’s foreign trips visited India earlier this month as a part of preparations.

It has not been officially confirmed if he would visit Agra.

India had invited President Trump for the January 26 Republic Day parade last year but it did not materialize. Trump had cited “scheduling constraints”; officials said the date of the President’s State of the Union address clashed with the Republic Day celebrations.

In November, President Trump – who will seek re-election in US polls in November- had said: “He wants me to go there. I will be going at some point to India.”

Over 50,000 Indian-Americans attended the grand “Howdy Modi” event at Houston’s NRG Stadium in September last year, billed by the organisers as the largest-ever turnout for a foreign elected leader on US soil. The Indian-Americans are also potential voters for President Trump.

The American president’s visit has emerged at a time the government is facing protests across the country on a new religion-based citizenship law and also amid concerns expressed by US lawmakers over the situation in Kashmir, which has been under severe communication and security lockdown since August, when special status was scrapped.