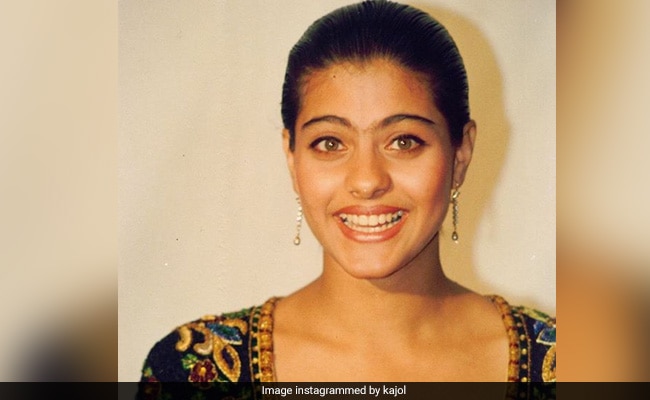 On the 10th anniversary of her 2010 film My Name Is Khan, which also starred Shah Rukh Khan in the main role, Kajol recalled the time when “everyone laughed and congratulated each other” after she “fell down” on the sets of the film, directed by Karan Johar. The actress, in an exclusive interview to Hindustan Times, revealed a hilarious story from her My Name Is Khan shoot diaries and we bet it will leave you in splits. When asked how Karan Johar has always jokingly connected her falling down on his film’s sets with his film’s good luck, Kajol said: “It happened with this one (My Name Is Khan) too, nobody came forward to help me because as I fell down, everyone was laughing and congratulating each other.”

“I was sitting on the steps all by myself after falling down and after five minutes, Mickey Contractor (make-up artist) was like, ‘Baby, I’ll help you.’ I replied, ‘Don’t you think that it’s nasty, that for five minutes you all were clapping your hands while I fell down on my butt?” added Kajol.

Sharing the post, Kajol wrote about some of her “favourite memories” related to the film. She captioned the clip: “So many memories. So much fun, from Nysa’s first Disney trip to seeing the history of San Francisco up close and personal with the most amazing sunrise. It will always be one of my most favourite memories! #10YearsOfMyNameIsKhan.”

Soooooo many memories. So much fun from Nysa’s first Disney trip to seeing the history of San Fran up close and personal with the most amazing sunrise. It will always be one of my most fav memories!#10YearsOfMyNameIsKhan@karanjohar@iamsrk@M_Contractorpic.twitter.com/uqvWQIK56Z

For their performances in My Name Is Khan, Shah Rukh Khan won the Best Actor award at the Filmfare in 2010 while Kajol received the Best Actress award. Karan Johar also took home the Best Director trophy for his work. My Name Is Khan also featured Arjan Singh Aujla and international actors such as Katie A. Keane, Kenton Duty and Benny Nieves.