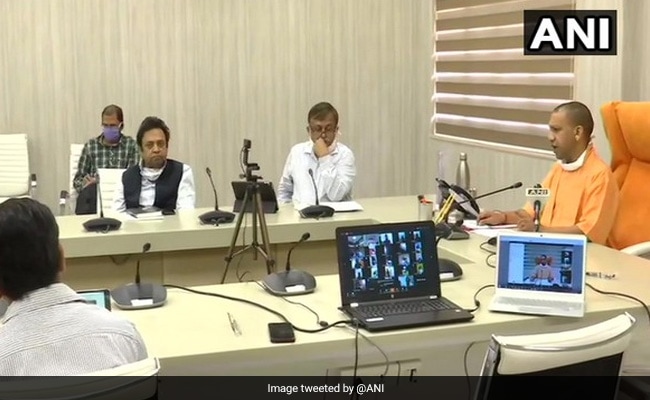 Yogi Adityanath said other states will not be able to take people from UP without permission.

Uttar Pradesh Chief Minister Yogi Adityanath has said that any state government which wants to employ migrant workers from his state will have to seek permission first. He did not elaborate on how UP planned to ensure that permission was taken or how it would monitor the movement of lakhs of migrant workers once the lockdown is lifted and economic activity restarts. He, however, said his government would form a migrants’ commission to help workers get employment within the state.

“I have instructed my officers that there should be a commission made to get them employment within Uttar Pradesh itself,” Yogi Adityanath said during an online interaction with the media.

“If some other state wants this manpower, we will give them insurance and social security. But that state will not be able to take people from here without our permission because of the way our people have been treated in other states,” he added.

Since the slow easing of the lockdown started, states like Karnataka  have been trying to retain the migrant labourers, saying they would be needed once construction work and industrial activities start.

There have been reports that Tamil Nadu has also been trying to stop the exodus of migrant workers by keeping them comfortable, even though many industries have not been able to pay their salaries.

So far, more than 20 lakh migrants have returned to Uttar Pradesh from other states.

Since the lockdown started in March, people have been pouring into Uttar Pradesh by train or buses or illegally by trucks. Many more are estimated to have returned on foot or personal modes of transport like auto rickshaws.

At the same meeting, the Chief Minister also claimed that migrant workers who returned to UP as coronavirus positives, are recovering faster than the other patients in the state. No data, however, was offered to back this claim.

Uttar Pradesh so far has more than 6,200 of the 1.3 lakh coronavirus cases in the country. The numbers started spiking since the migrant workers started returning in huge numbers. More than 3,500 patients have recovered and 161 patients are dead.

50 Migrants Who Returned Home Test Positive In Single UP District