Domestic stock markets started the week on a strong note with benchmark indices Sensex and Nifty staging a gap-up opening tracking sharp gains in Asian equities. The S&P BSE Sensex index rose 0.93 per cent – or 336.19 points – to 36,357.61 at the strongest level recorded in early trade, having begun the day up 292.04 points at 36,313.46. The broader NSE Nifty 50 benchmark spiked to as high as 10,725.35, few minutes after opening stronger at 10,723.85 compared to its previous close of 10,607.35. A strong buying interest across sectors pushed the markets higher, led by banking and financial services shares.

All but four stocks in the 50-scrip Nifty basket moved higher at the time. Top percentage gainers were HDFC Bank, IndusInd Bank, Bajaj Finance, Eicher Motors and ITC, trading between 1.75 per cent and 3.06 per cent higher.

On the other hand, GAIL and Hindustan Unilever – down 0.91 per cent and 0.56 per cent respectively – were among the top Nifty losers.

Analysts say key macroeconomic data as well as the first of the quarterly corporate earnings due this week will be watched closely for cues.

Official data on industrial production and retail as well as wholesale inflation will be released during the coming week. IT major Tata Consultancy Services (TCS) will kick off the earnings season by reporting its financial results for the April-June period.

Shares in other Asian markets scaled four-month peaks on Monday as investors counted on super-cheap liquidity and fiscal stimulus to sustain the global economic recovery, even as surging coronavirus cases delayed re-openings across the US.

MSCI’s broadest index of Asia-Pacific shares outside Japan and Japan’s Nikkei 225 benchmark were each last seen trading 1.37 per cent higher.

China’s Shanghai Composite, Hong Kong’s Hang Seng and South Korea’s KOSPI indices were up 4.13 per cent, 2.68 per cent and 1.35 per cent at the time.

The E-Mini S&P 500 futures traded 0.93 per cent higher, indicating a positive start for US markets on Monday. 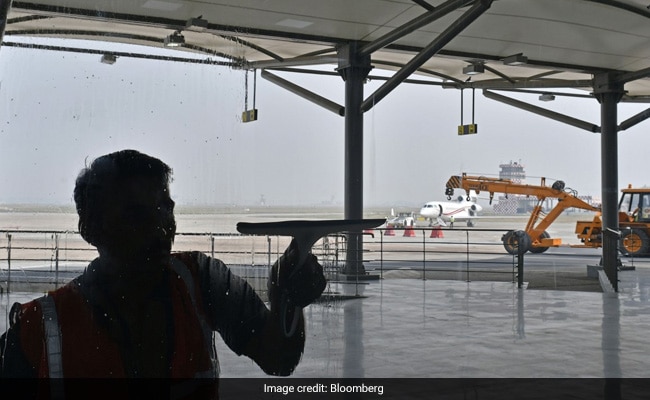