Amulya was denied bail last night, has been sent to three-day judicial custody.

A sedition case has been filed against a young woman in Bengaluru after she raised pro-Pakistan slogans at a protest against Citizenship (Amendment) Act or CAA. Hyderabad MP Asaduddin Owaisi, who was present at the event, distanced himself and his AIMIM from the sloganeering, saying, “We, in no way, support our enemy nation Pakistan.”

The young woman, identified as Amulya, is seen in a video urging the crowd to shout “Pakistan Zindabad” slogan at the event organised under the banner of “Save Constitution”. Asaduddin Owaisi. Mr Owaisi and two other men, apparently the organisers, rush to stop her from raising the slogans; they try to take the microphone from her.

“Kya bol rahein hain aap (What are you saying)?” the AIMIM chief is seen telling Amulya as she persists.

The woman was arrested last evening soon after the event and a sedition case has been filed against her. “We have registered a suo moto case against her under sections 124A(sedition), 153A&B (promoting enmity between different groups) and imputations, assertions prejudicial to national integration),” senior police officer B Ramesh said.

She was denied bail later and sent to three-day judicial custody; a local court will hear her bail petition on Monday.

Attacking the AIMIM and Mr Owaisi, the Karnataka unit of BJP tweeted: ‘Anti-CAA Activist Amulya Leona shouts PAKISTAN ZINDABAD in the presence of AIMIM Chief @asadowaisi at Bengaluru. Truth is that protests against #CAA are a joint venture between Pakistan & Anti-National Forces led by @INCIndia. Those who support Pakistan should go there forever.”

Mr Owaisi, however, clarified that his party had no links with the woman. “Neither me nor my party has any link with her. The organisers should not have invited her here. If I knew this, I would not have come here. We are for India and we no way support our enemy nation Pakistan. Our entire drive is to save India,” the AIMIM MP was quoted as saying by news agency PTI.

JD(S) corporator Imran Pasha claimed she was sent by rivals to disrupt the event. The woman, he said, was not in the list of speakers and demanded that the police investigate the matter seriously, PTI reported.

Protests have swept the country against citizenship law. Critics say the law makes religion a test of Indian citizenship for the first time in violation of the constitution and, when used along with the planned National Register of Citizens, can be used to target Muslims who cannot prove their lineage.

The government, however, says the law is necessary to help those who have faced religious persecution in the neighbouring countries.

Rise In Cyber Attacks From China, Over 40,000 Cases In 5 Days: Official 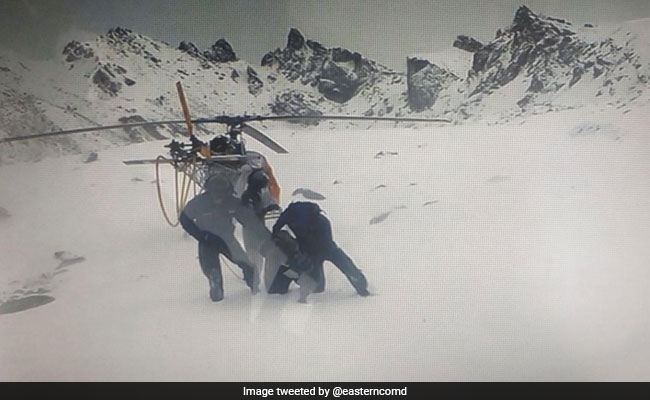