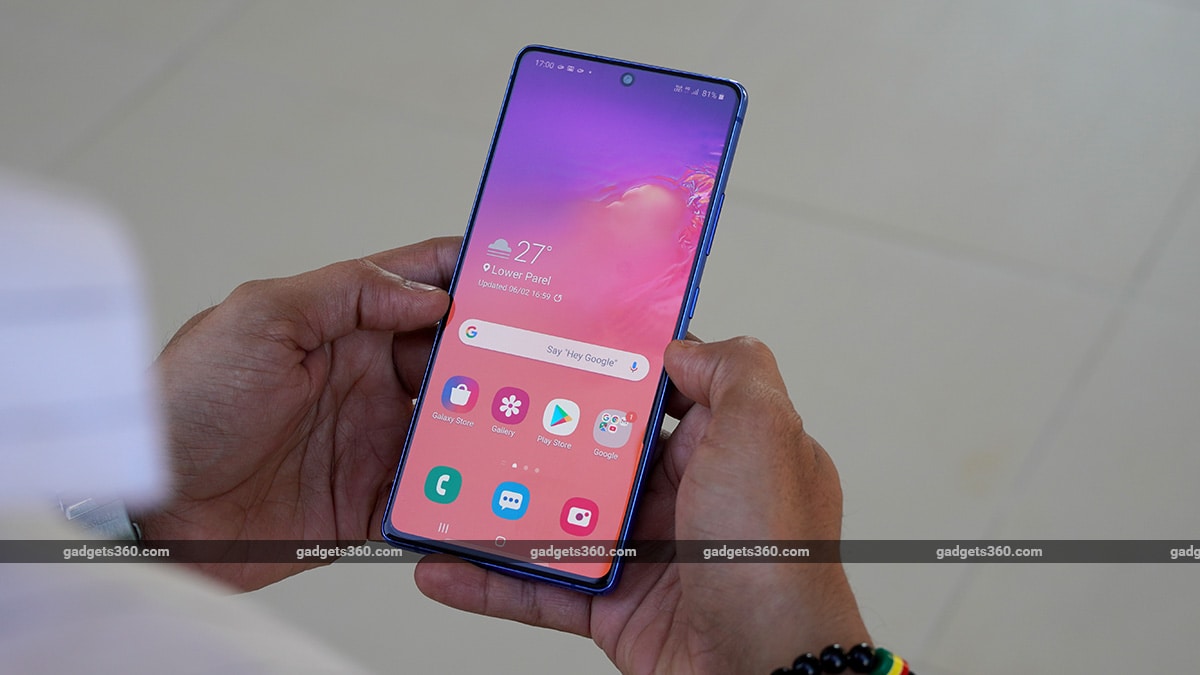 Samsung is still generally considered king of the hill when it comes to flagship Android smartphones, and its diverse portfolio of recent budget offerings seems to have helped its mobile business maintain steady growth. While the company now seems to have a handle on the budget and high-end segments of the smartphone market, in India, it’s still trying to figure out the mid-range segment.

Here, OnePlus has been dominating for a few years now, so much so that it managed to lead the premium smartphone market in 2019, according to a recent report. This is a segment of the smartphone market that Samsung hasn’t been paying too much attention to, but that’s about to change with the Galaxy S10 Lite and Galaxy Note 10 Lite smartphones, both of which launched in India very recently.

Today, our focus will be on the Galaxy S10 Lite, and as its name suggests, this is a watered-down version of the Galaxy S10 series. In order to hit the Rs. 40,000 price point, Samsung has ditched a bunch of premium features such as an IP rating for water resistance, wireless charging, stereo speakers, its signature dual-aperture camera, and a glass-and-metal body. What the company has retained is a flagship-grade processor, an Infinity-O display, and a giant battery.

On paper, the new Galaxy S10 Lite looks like a decent offering for the price, but does it have the real-world performance to match? More importantly, does it have what it takes to knock the OnePlus 7T (Review) off its pedestal? Let’s find out.

Everyone loves a big, crisp display, and the Galaxy S10 Lite offers just that. It’s a 6.7-inch Super AMOLED+ panel with a full-HD+ (1080×2400) resolution and support for HDR10+. It’s protected by Gorilla Glass, although Samsung hasn’t specified which version. The centred hole-punch cutout at the top of the screen is not as small as the one on the Galaxy A51 (Review), but we didn’t find it intrusive. Samsung has kept the bezels all around the screen pretty slim, including the chin below, which makes the front quite striking. Colours are punchy, and brightness is very good.

The Galaxy S10 Lite uses something called ‘Glastic’ for the back, which is Samsung’s lingo for a glossy plastic panel that resembles glass. The entire body is built from plastic, but it feels sturdy and well put-together. The back does scuff easily, especially the bottom portion, and it’s also a huge fingerprint and smudge magnet. We’d advise buyers to use the bundled case. The rectangular camera module protrudes slightly, but it’s not too obtrusive. 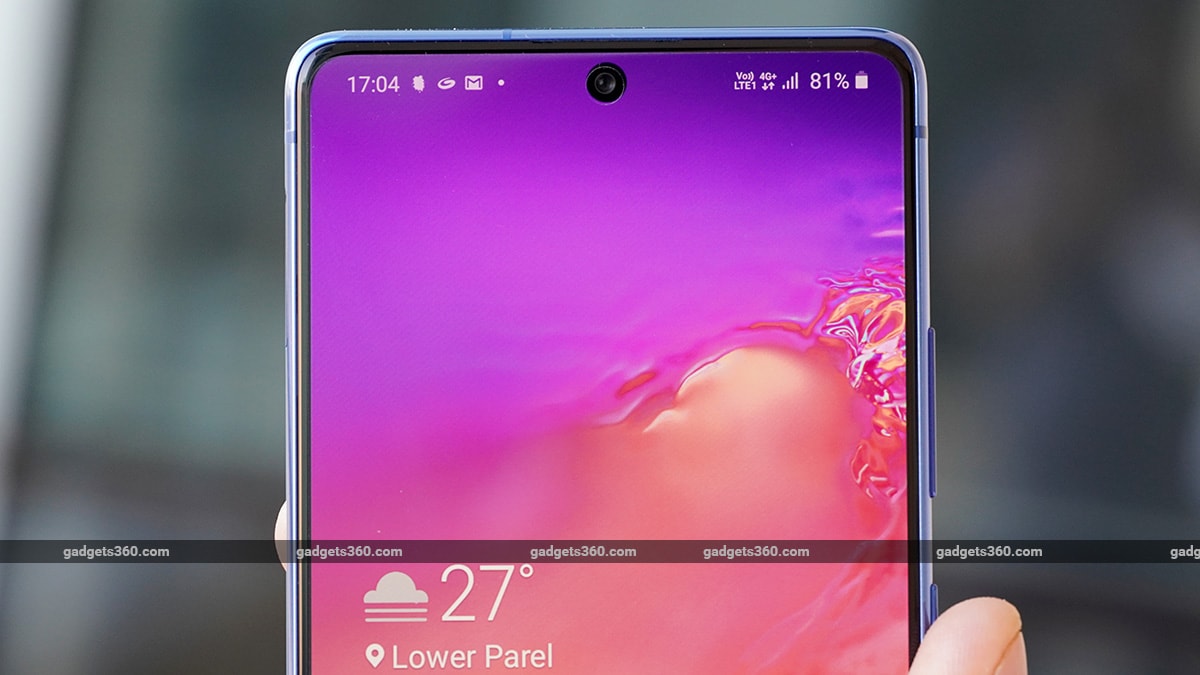 Button placement feels ergonomic, and on the left, we have a hybrid dual-SIM tray that can either take two Nano-SIM cards or a single SIM and a microSD card. The Galaxy S10 Lite doesn’t have a headphone socket, which means you’ll have to either use the bundled Type-C headset or go wireless. At the bottom, we have a USB Type-C port and a single speaker.

Samsung has cut a few corners with the construction materials, but despite not having used aluminium and glass, the Galaxy S10 Lite still feels fairly good to hold. It’s also quite slim at 8.1mm and doesn’t weigh too much (186g) for a phone with a large display and battery.

The Galaxy S10 Lite is built around the Qualcomm Snapdragon 855 SoC, which is still one of Qualcomm’s flagship chips and is still relevant even though it is now almost a year old. It would have been nice to have had the Snapdragon 855+ variant, which other phones such as the OnePlus 7T and Asus ROG Phone 2 (Review) use, but this is still better than a 700-series processor.

In India, Samsung has only launched the Galaxy S10 Lite in one configuration, with 8GB of RAM and 128GB of storage. Other specifications include dual-band Wi-Fi ac, Bluetooth 5, support for four satellite navigation systems, FM radio, and NFC. The latter lets you use your phone for contactless payments through Samsung Pay. All the sensors you’d typically expect are present, and the phone has Widevine L1 DRM certification too. The Galaxy S10 Lite also has a 4,500mAh battery, which Samsung says should last for around two days of usage. 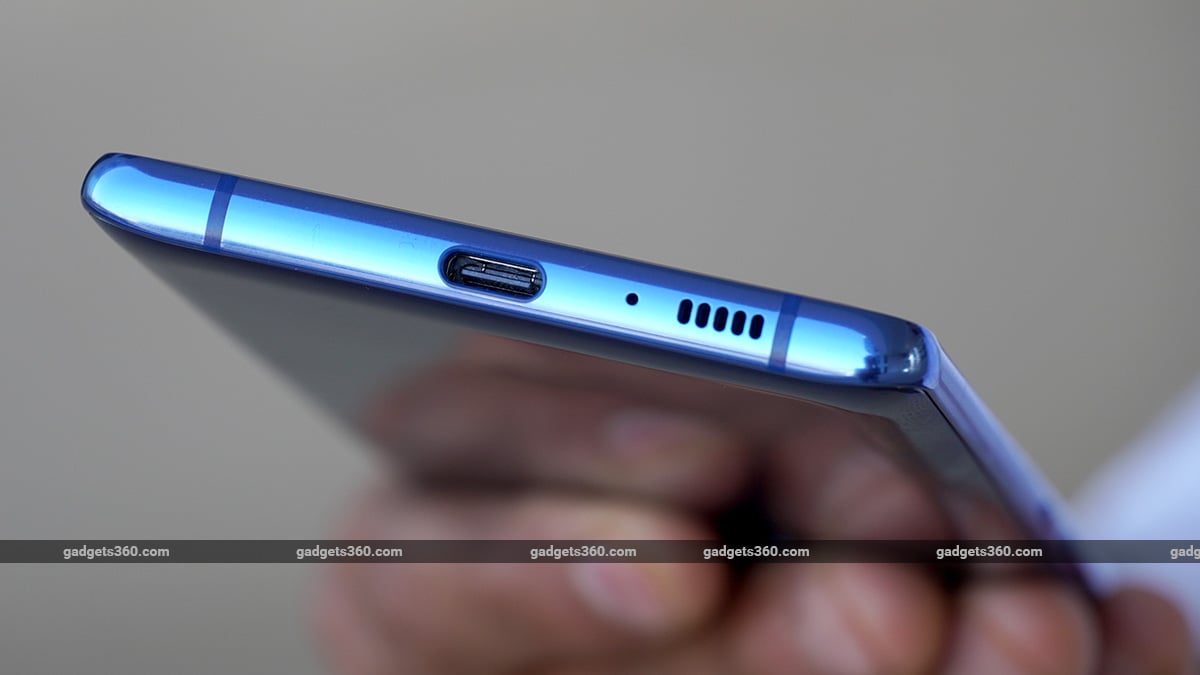 The Galaxy S10 Lite runs on One UI 2.0, which is based on Android 10. It even has the January 2020 security patch. The latest version of Samsung’s skin looks more refined and polished, and we recently saw it running on the Galaxy A51 too. The ‘Link to Windows’ feature lets you see your messages and notifications on a Windows 10 computer, similar to what we saw in the Galaxy Note 10+ (Review). You also get more features such as an in-built screen recorder, multiple motion gestures, a one-handed mode, and Game Launcher for organising all your games in one place.

One thing we noticed is that the Galaxy S10 Lite doesn’t have the India-specific features that we saw on the Galaxy A51, such as card-style sorting in the Messages app and multilingual predictions for the keyboard. Samsung told Gadgets 360 that these will be exclusive to the Galaxy A51, for now.

The Snapdragon 855 has proven to be a very efficient and capable processor, so it’s no surprise that the Galaxy S10 Lite does a great job with day-to-day tasks. Multitasking works smoothly, and despite not having the UFS 3.0 variety of flash storage, we didn’t notice any slow-downs or lag when running heavy apps or games.

The Galaxy S10 Lite did get fairly warm after about 20 minutes of PUBG Mobile, but never too hot. We found the framerate to be solid in PUBG Mobile, and even in other taxing third-person shooters such as LifeAfter. The phone can be a bit awkward becasue of its size though, both in the hand and in your pocket.

You get an in-display fingerprint sensor, which is quick at unlocking the phone. The single camera in the hole-punch cutout can be used for face recognition too. This method works well, even in low light, but the raise-to-wake gesture was a little slow to work. 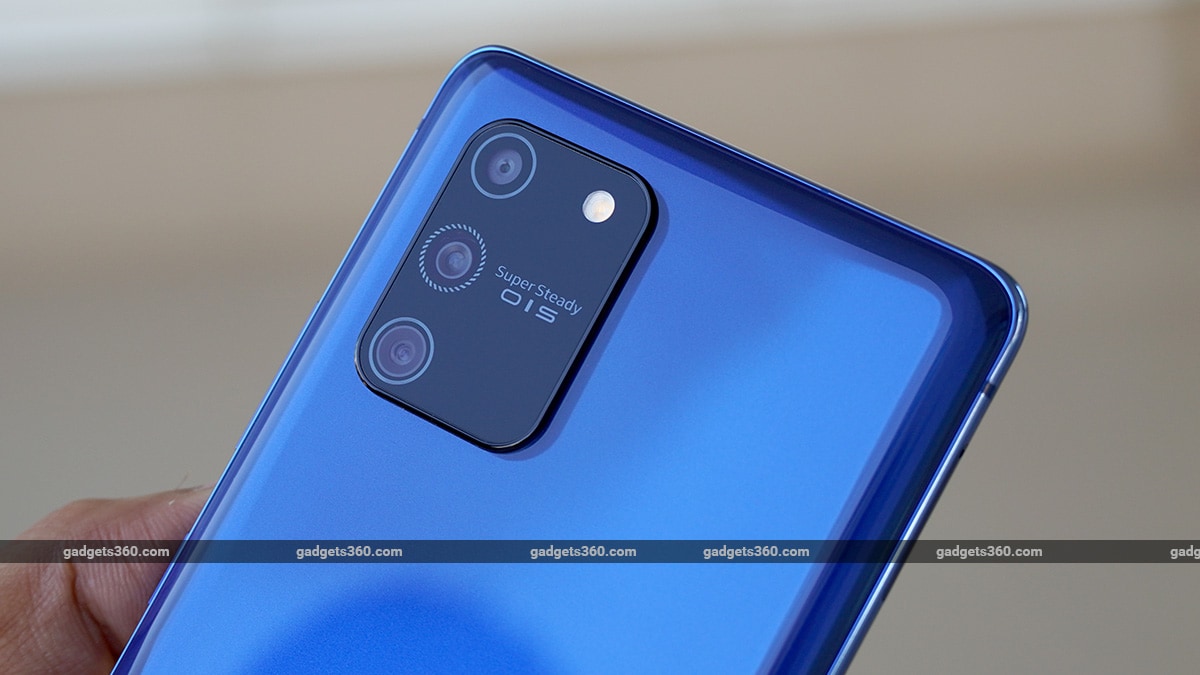 The Samsung Galaxy S10 Lite features three rear cameras, one of which is optically stabilised

The bottom-firing speaker doesn’t get very loud but you can enable Dolby Atmos enhancement if you’re using wired headphones. Sadly, there’s no software-based audio boost for the speaker. The bundled headset sounds decent and provides good passive isolation from outside noise. Videos look very good on the display. The default ‘Natural’ colour profile makes everything look a bit muted, but switching to ‘Vivid’ adds some much-needed intensity to colours. HDR videos in streaming apps such as Netflix and YouTube also look good.

We found battery life to be pretty solid. With heavy usage, the Galaxy S10 Lite still managed to last about a day and half, and with more frugal use, we could stretch this to around two days before having to charge the phone. The bundled power adapter is quite chunky but it does support a maximum output of 25W.

With it, we were able to charge the Galaxy S10 Lite up to 98 percent in an hour, which is impressive. Keep in mind that the adapter has a Type-C connector, so you’ll need the included Type-C to Type-C cable in order to use it. Finally, coming to our HD video battery loop test, the Galaxy S10 Lite ran for 18 hours and 55 minutes, which is very good.

The camera app offers a good selection of shooting modes such as Live Focus Video, Super Slow-Mo, and Pro. The scene optimiser automatically adjusts parameters based on available light and the kind of objects or scenery being shot. Videos can be shot at up to 4K 30fps, but strangely there’s no 60fps option, even though this processor can handle it. You can enable features such as palm detection and voice control for capturing shots.

The primary camera uses the Sony IMX586 sensor, which shoots 12-megapixel oversampled shots by default. We’ve seen this sensor in countless phones now, and the performance is more than adequate for casual use. Shooting landscapes in daylight, the sensor captures good details, colours have ample saturation, and HDR works well. Close-ups are sharp but colours do look a little boosted at times. 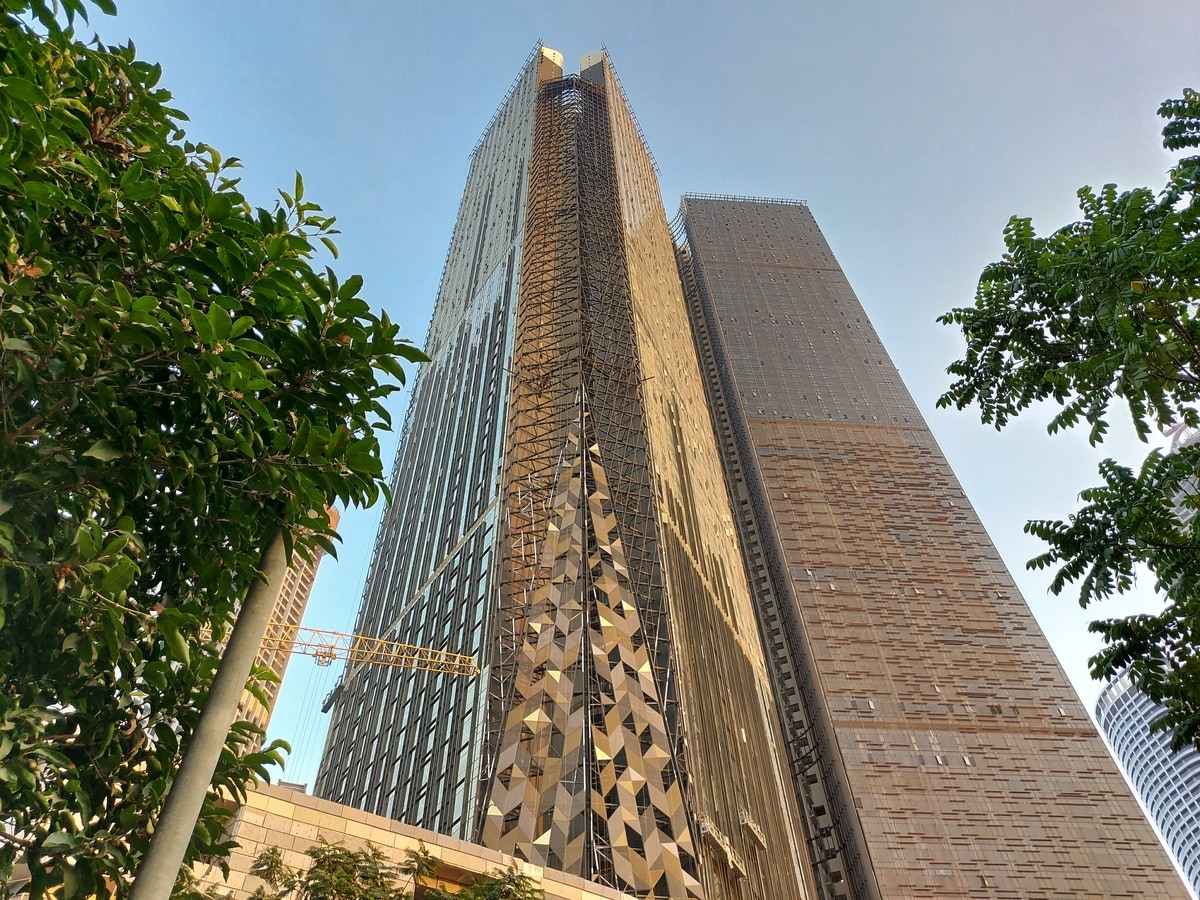 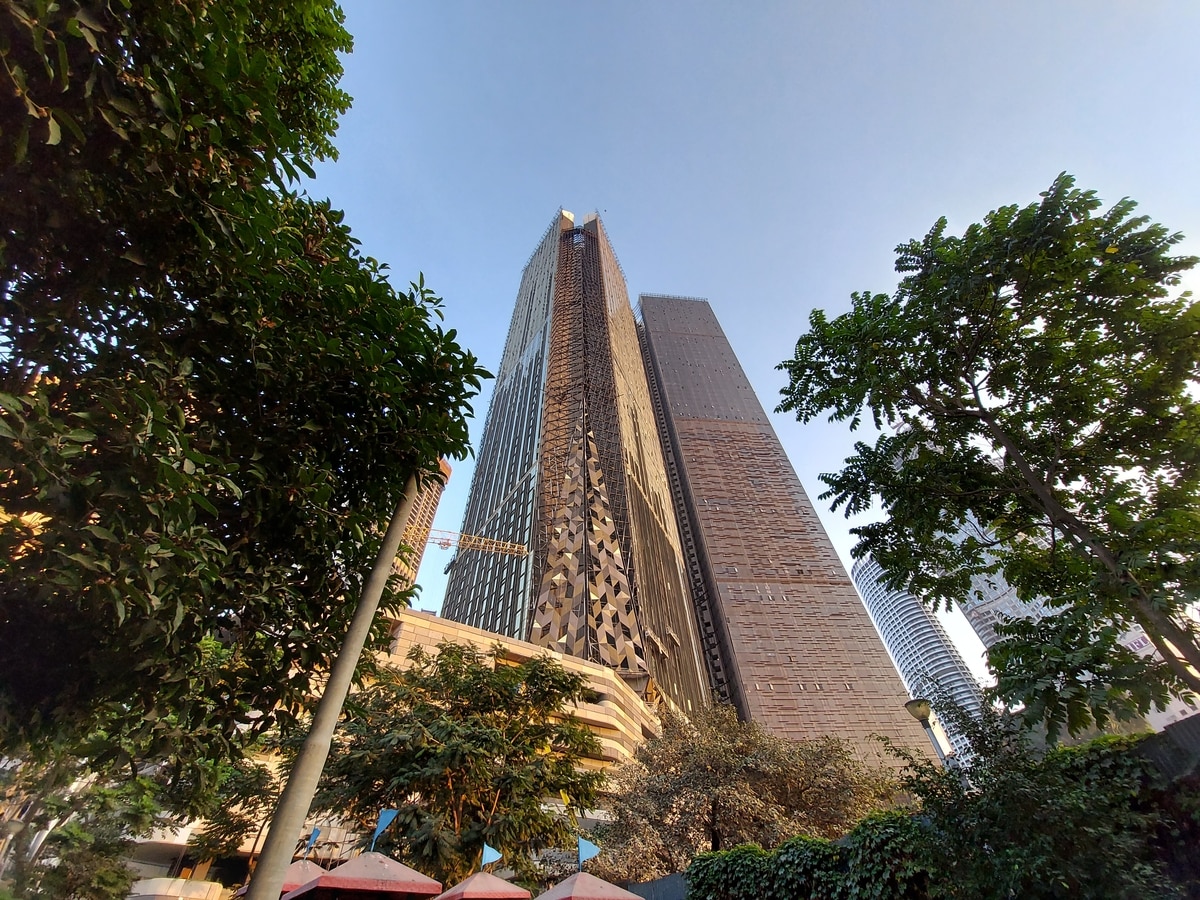 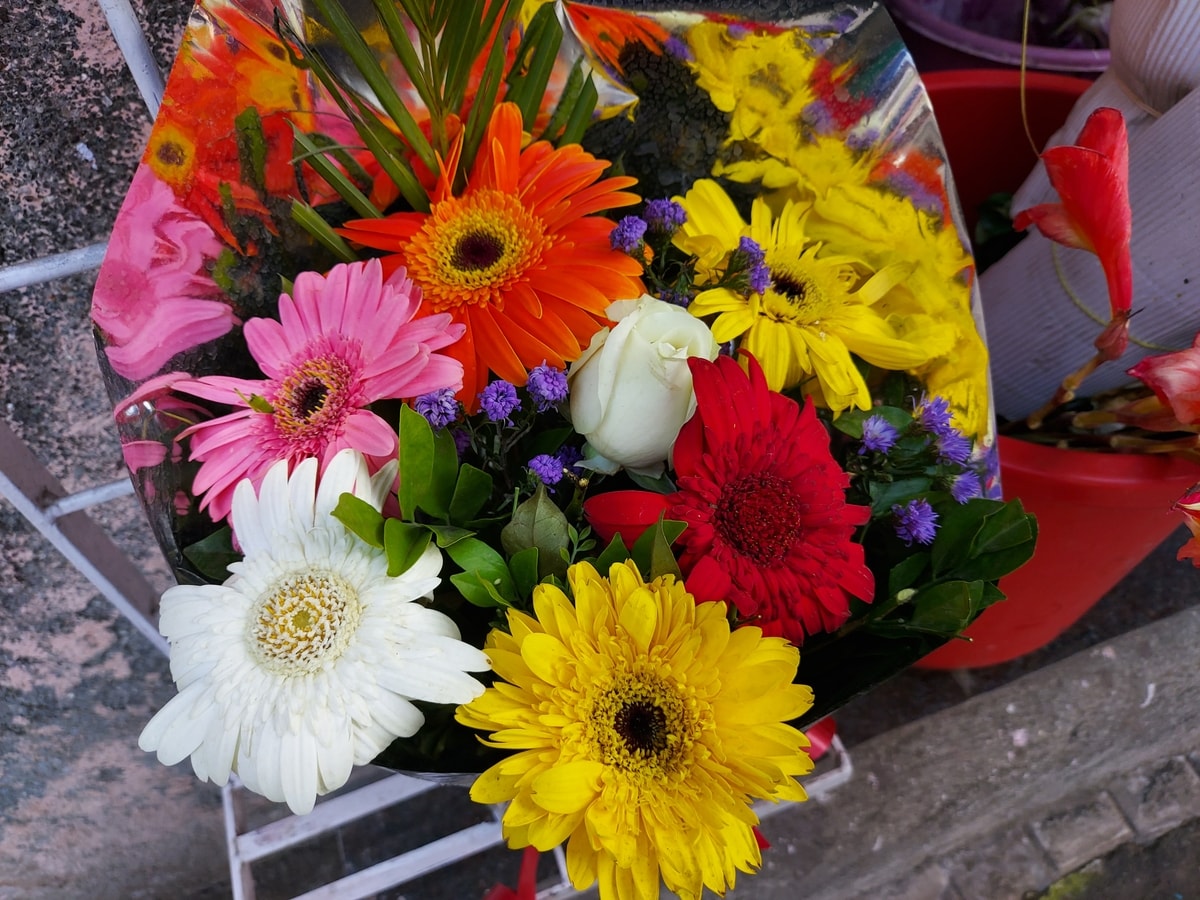 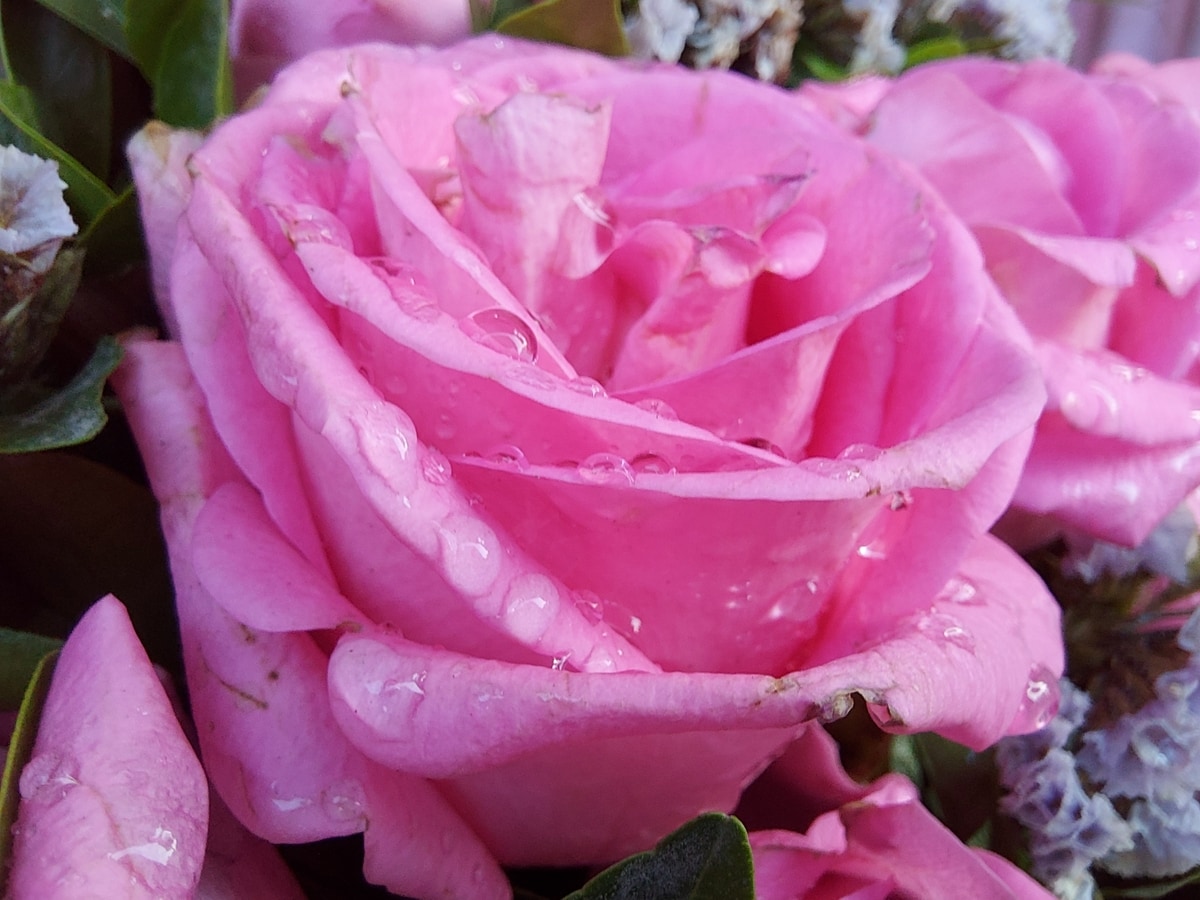 The wide-angle camera captures good shots but we wouldn’t recommend relying on these images as details aren’t as sharp or distinct as those taken with the primary camera. We also tried the macro camera, which captures fairly good details when focusing on smaller objects.

Portrait mode or Live Focus works well, with good edge detection, detail and colours. You can change the background bokeh effect for some interesting results. The level of background blur can be adjusted too.

In low light, the Galaxy S10 Lite manages to hold its own, capturing good details and colours. The scene optimiser does a good job here as well, due to which photo capture speed may reduce a bit, depending on the available light. You can also enable Night mode, which brightens up shots, but slightly affects textures and details in a native way. The wide-angle camera captures much darker images at night, due to its narrower aperture, but Night mode can help a bit. 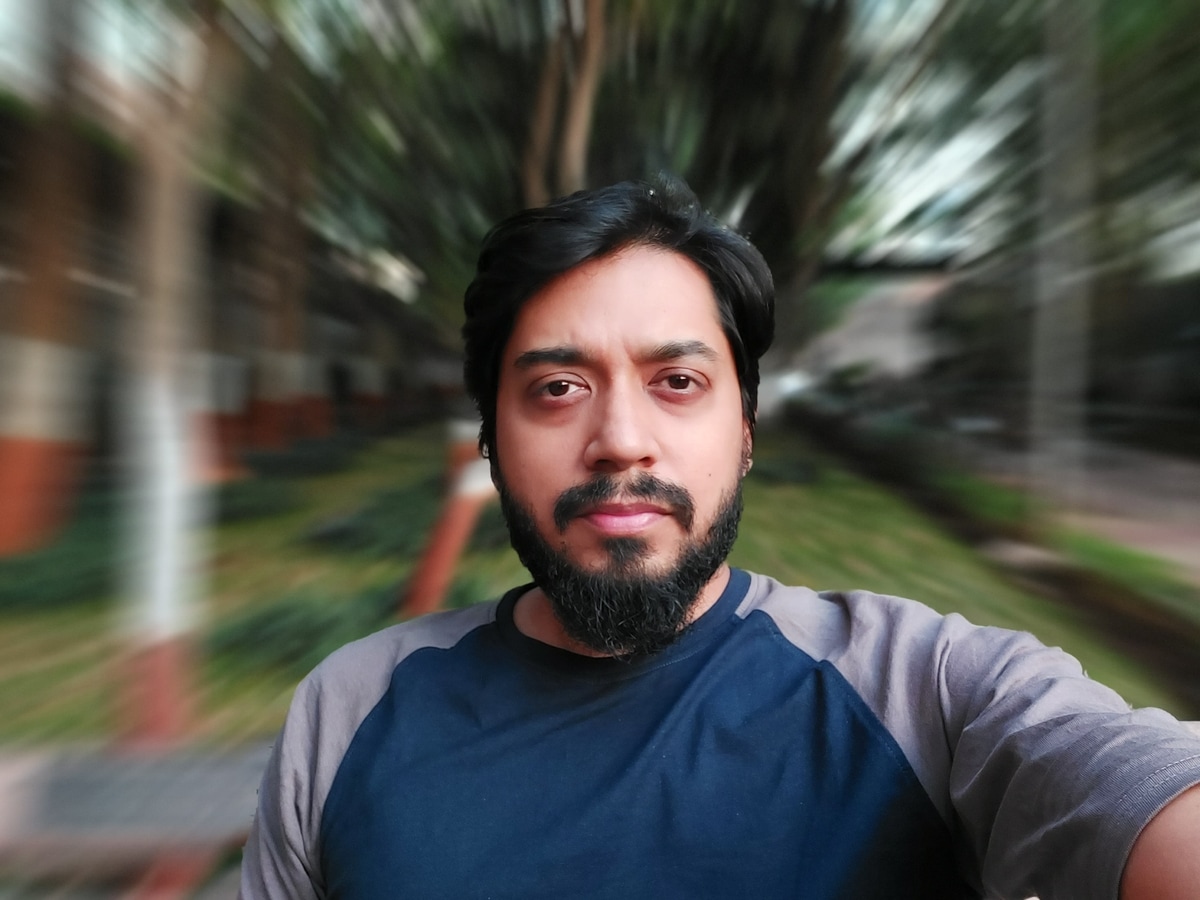 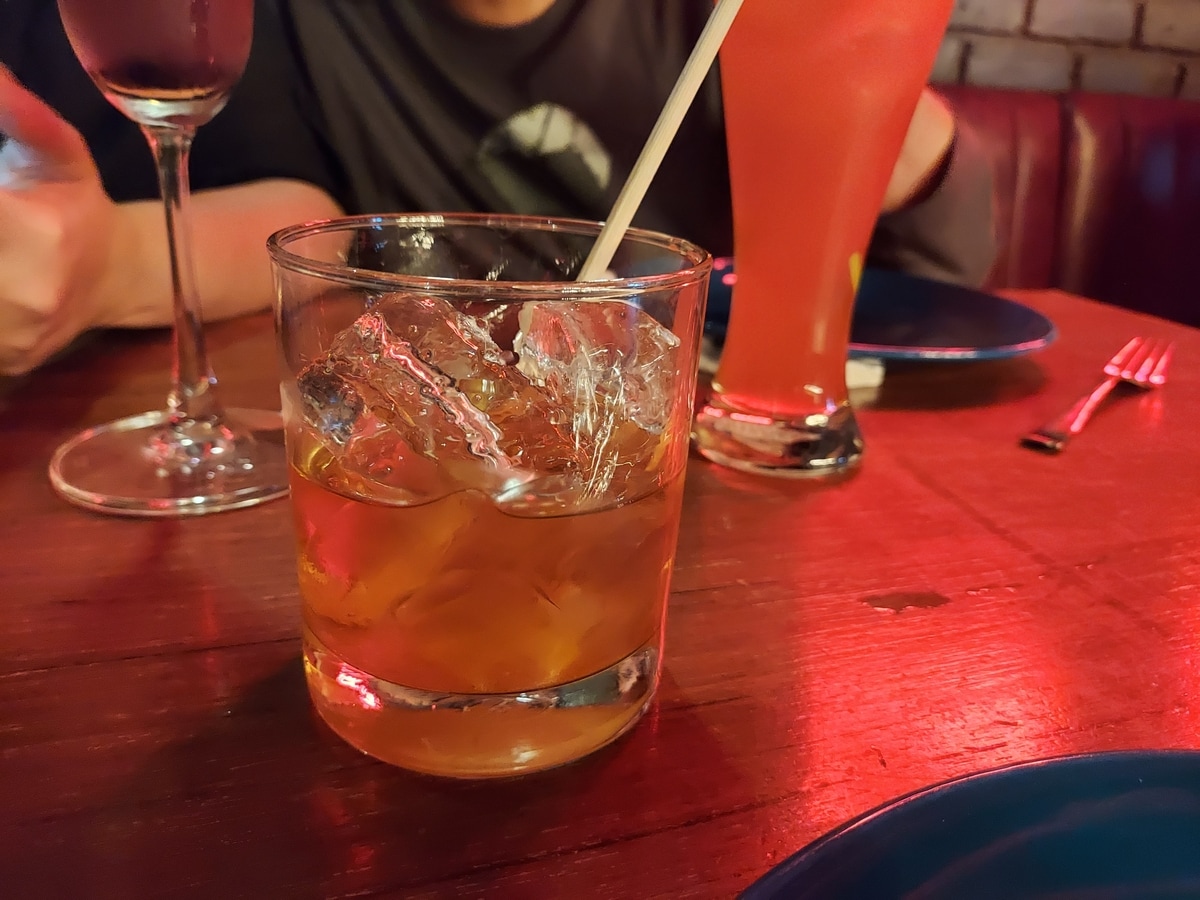 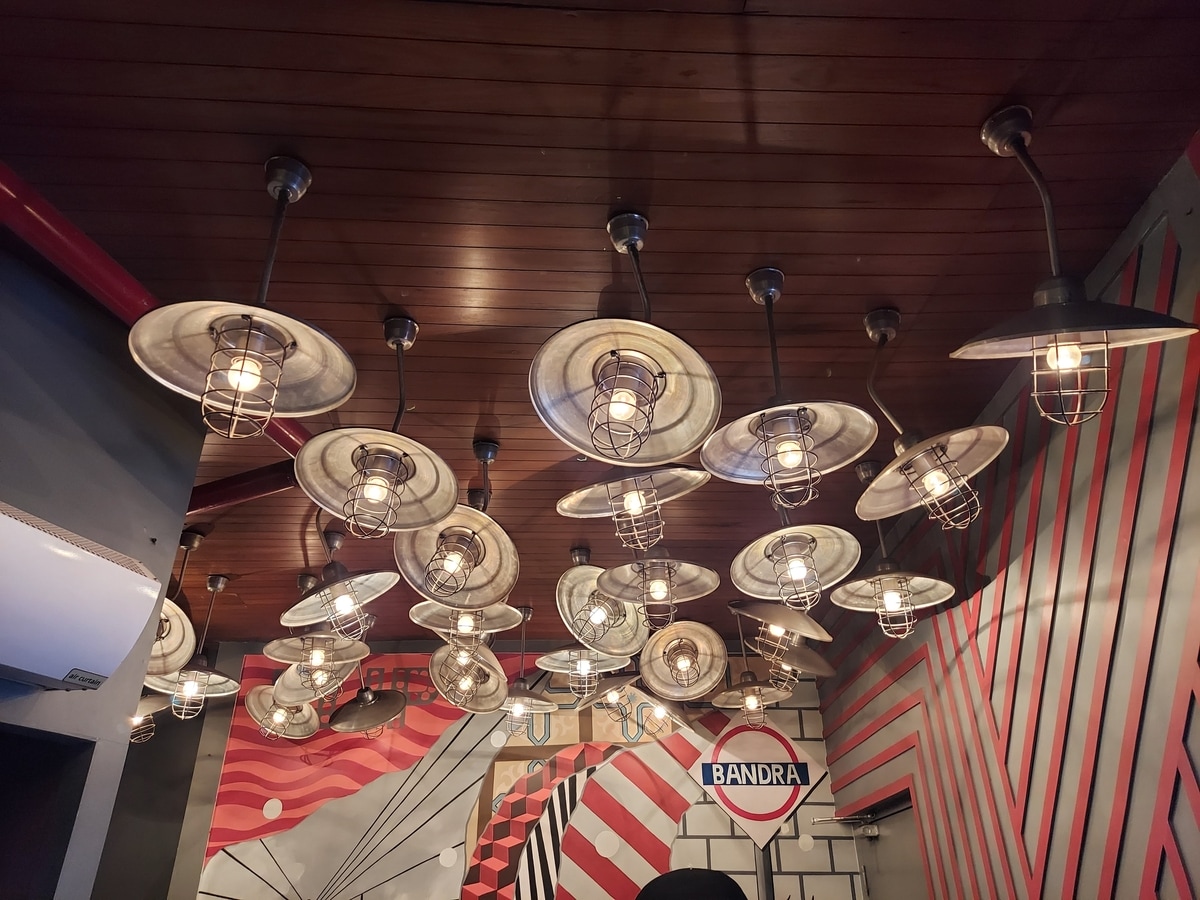 The 32-megapixel front camera also captures oversampled photos, which look good. The selfies we shot had punchy colours and good amounts of detail. Live Focus is available here too, so you can play around with different bokeh effects. The front camera is pretty capable under artificial light too but struggles in very low light. For the latter case, the screen flash helps.

Video quality at 4K resolution is good when shot in daylight. There’s slight wobble when you’re walking about, but the footage isn’t too shaky. You can switch to the wide-angle camera while recording, which is nice, but the video quality dips. For stabilisation, it’s best to use the Super Steady toggle, which uses the wide-angle camera to record video. In very low light, footage is a little grainy and details are softer, but we didn’t notice much chroma noise. The wide-angle camera captures very dark footage, making it pretty much unusable at night.

The Galaxy S10 Lite is a good package, but at nearly Rs. 40,000, we think the price is a bit on the higher side. We say this especially since you could instead buy the top-end variant of the OnePlus 7T (Review) for less, and that phone offers additional features such as a high refresh-rate display, a more premium glass and metal body, stereo speakers, a telephoto camera, and a more current processor. The base variant of the Asus ROG Phone 2 (Review) is also available for under Rs. 40,000, and offers much better gaming features. Then there’s the Oppo Reno 2 (Review) as well, which has a very good hybrid zoom camera system.

Before the Galaxy S10 Lite came along, Samsung had only the Galaxy A80 in this segment, which is still a very interesting phone with its rotating triple- camera module. Sadly, it hasn’t gotten much press since it launched last year, and has just flown under the radar. Samsung also has the new Galaxy Note 10 Lite which sells for around the same price, and we’ll be reviewing very soon. On paper, it offers better rear cameras and the S Pen stylus, but it also has a processor from 2018, which is a strange choice. We’ll soon see how these two models stack up against each other.

We think that if Samsung shaved around Rs. 5,000 off the Galaxy S10 Lite’s current price, it would be a better deal. This could happen relatively soon, with the Galaxy S20 series just around the corner. Samsung’s new flagships could push the S10 series further down in price, which could have a trickle-down effect on the Galaxy S10 Lite’s pricing.

The Galaxy S10 Lite’s positioning seems like an attempt to capture some of OnePlus’ market share, and while we’re not entirely convinced that it will be able to do so that at its current price, it’s nice to have a good option from Samsung in this segment after a long time. 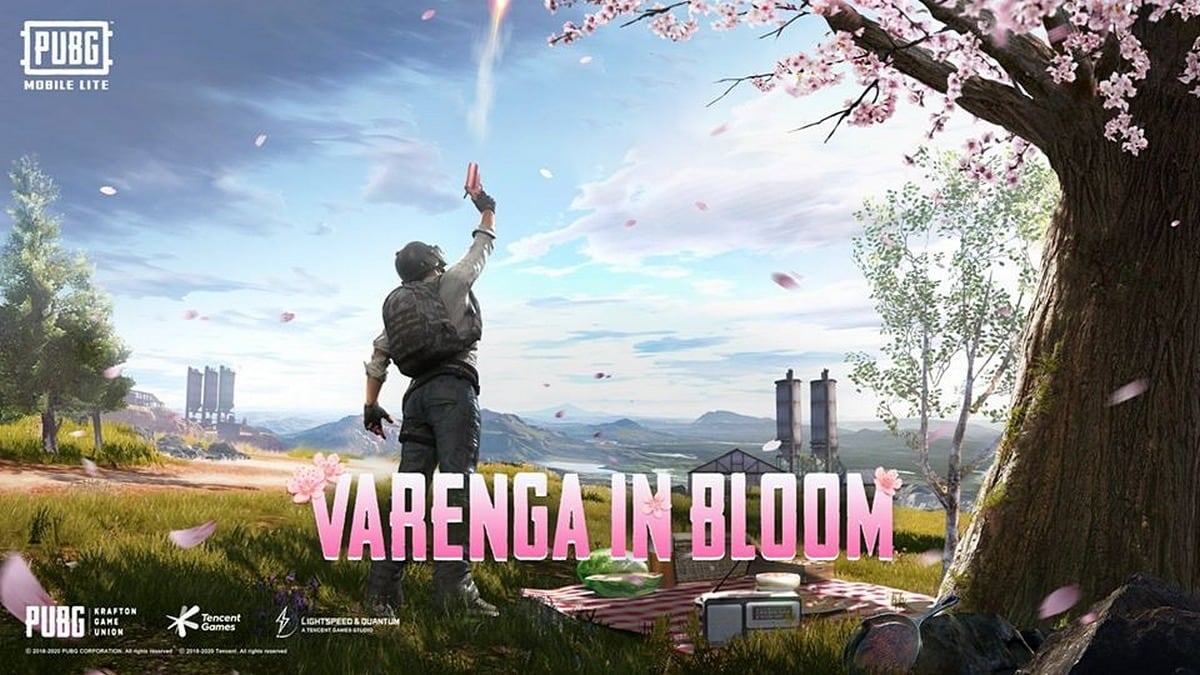 Astronomers Discover Rare “Super-Earth” Towards the Centre of Galaxy