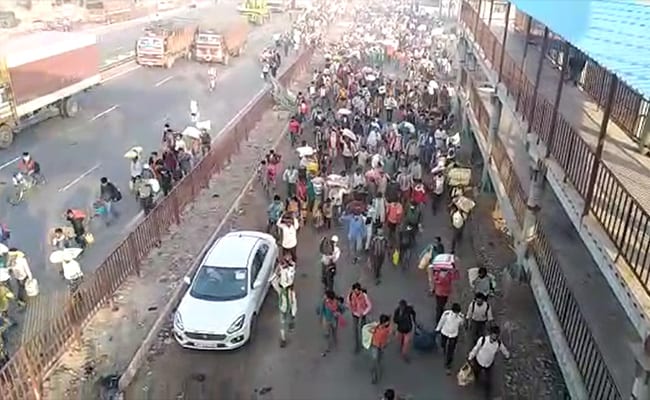 Thousands of people, arms laden with small children and baggage, running pell-mell on a highway as cars zip past — this was what Mathura witnessed last evening after the Uttar Pradesh government stopped entry of migrants following multiple deaths on the highway. More than 130 labourers, who were making their way back into the state had died — some from exhaustion and malnourishment, others in accidents.

Yesterday, Chief Minister Yogi Adityanath had ordered district officials to stop the entry of migrants and their families coming on foot, cycles or trucks, They were also told to organize food and shelter for the people and buses to ferry them to their villages.

Since afternoon, the order was implemented in towns on state borders. But in several places, including Mathura, the migrants toppled the barricades and streamed  in. Shocking videos from the spot showed hordes of migrants, throwing caution to the winds, run alongside speeding vehicles. There was no question of social distancing, no policemen in sight either.

Many complained that the administration had made no arrangements for food or shelter.

The situation was similar in the border district of Prayagraj, where migrants from Madhya Pradesh were pouring in through Rewa.

“Around 15 or 20,000 people suddenly turned up yesterday. We  have been making efforts to send them home. Ninety buses ran till morning… more buses ae coming. We have been taking people to shelter homes and looking after them. We have apealed to epople to cooperate with us,” said Sarvesh Ram Mishra, the District Magistrate of Mathura.

The deaths on the highway have become a recurring event since the Central government started special trains to ferry migrants home. Many, after going without proper food and shelter for weeks since the lockdown started on March 25, found it impossible to register and wait for trains.

Packed like sardines on trucks, tempos and three-wheelers they set off for their villages. Many just walked.

On Saturday, 26 migrants who were trying to return to home, were killed when two trucks they were travelling in, collided in Auraiya district, around 200 km from the state capital Lucknow.

Last week, 16 migrants among a group of 20 were run over by a cargo train while they were sleeping on tracks, exhausted by the long walk. 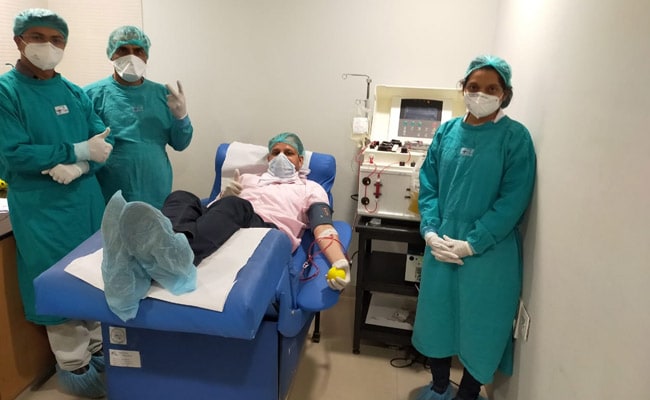 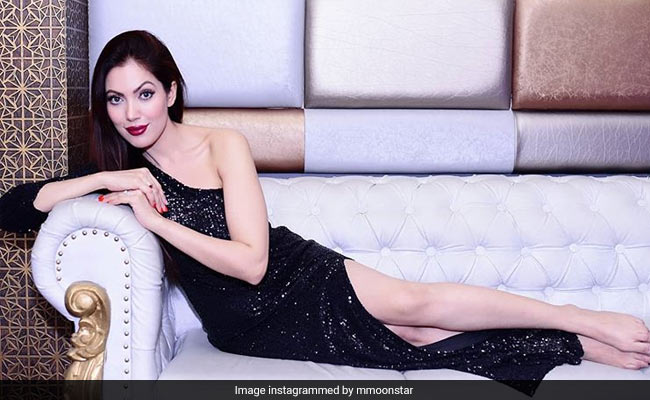