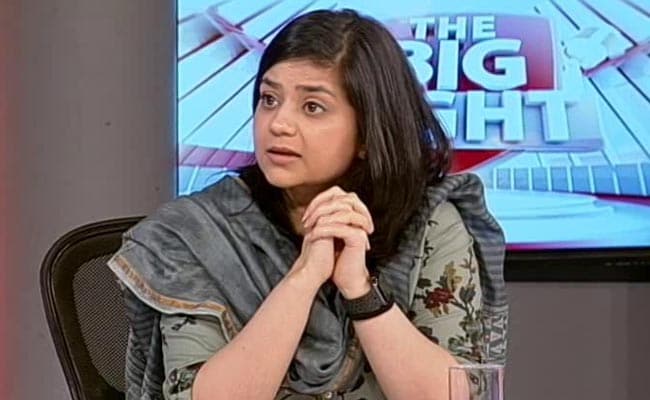 On “being a Daddy’s Girl” listed as a reason behind the government using the tough Public Security Act (PSA) against Mehbooba Mufti, her daughter today said in tweets, “didn’t know loving your parent constitutes a crime”.

Mehbooba Mufti, the People’s Democratic Party (PDP) chief and former Jammu and Kashmir chief minister, was charged under the PSA after the end of her six-month detention since August – when the government ended special status to Jammu and Kashmir. Under the rule, used mainly against terrorists and stone-throwers, the former chief minister can be detained for up to three months without trial, and this can be extended.

Ms Mufti’s daughter Iltija tweeted yesterday that a government dossier had charged her for “a green party flag, being a ‘Daddy’s girl’ and tweets on social media.” The dossier, Iltija Mufti said, refers to her mother as a “hard-headed and scheming person” known for “dangerous and insidious machinations”. It also compares her to a “medieval historical figure who usurped power by poisoning her opponents”.

“Not unusual that she adored, respected & loved her father. They had an unshakeable bond & were each other’s closest confidante. Which is why she honoured Mufti sahabs commitment after his sudden death in 2016. Didn’t know loving your parent constitutes a crime,” she wrote.

Not unusual that she adored, respected & loved her father. They had an unshakeable bond & were each other’s closest confidante. Which is why she honoured Mufti sahabs commitment after his sudden death in 2016. Didn’t know loving your parent constitutes a crime

Iltija said her mother joined politics when most assumed her father had faded into political oblivion and both worked hard to make PDP a regional force. “In a country where Shravan’s obedience to his parents is folklore, disgusting to see (the government) turn ‘daddy’s girl’ into a slur and a criminal offence,” she tweeted.

Congress leader Priyanka Gandhi Vadra also criticised the charges and tweeted: “Since when has being a ‘Daddy’s girl’ and encouraging people to vote become a crime against the nation? I would be proud to be both! It’s pretty clear that the government has no basis for charging Omar Abdullah and Mehbooba Mufti with PSA. They must be freed.”

Mehbooba Mufti, 60, and Omar Abdullah have been in preventive custody since August 5, when the government announced the end of special status to Jammu and Kashmir under Article 370 of the Constitution and bifurcated the state into two union territories. In a six-page government dossier, Mehbooba Mufti has been accused of working with separatists, making anti-national statements and extending support to organisations such as the Jamaat-e-Islamia, which has been banned under the Unlawful Activities (Prevention) Act.

Iltija Mufti also questioned the government’s objection to the green PDP flag. The flag of BJP ally Nitish Kumar’s Janata Dal United is green and the army too, wears olive uniforms, she pointed out, and asked, “Is a party credible and nationalistic enough only when it’s BJP’s ally?”

The alliance between the PDP and the BJP, formed after the 2014 assembly elections, ended in June 2018.