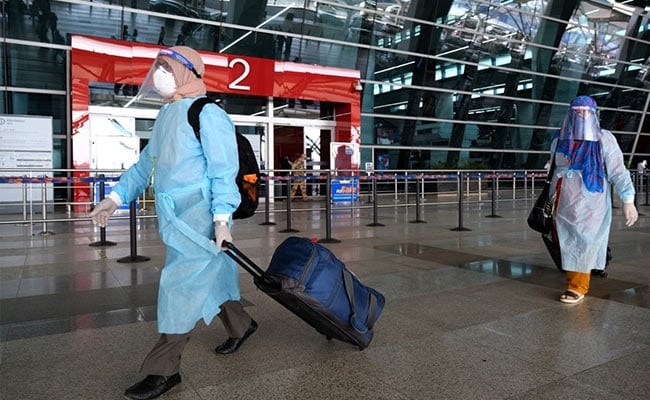 The pandemic poses a challenge for Infosys Ltd. and Tata Consultancy Services.

From call centers to hotels to airlines, India’s key services industries have come to a standstill during the coronavirus outbreak, dragging the economy into possibly its worst recession on record.

Businesses providing services of everything from technology to travel and trade were the first to be hit when the government took unprecedented steps to lock down a nation of 1.3 billion people to stem the pandemic’s spread. Unlike manufacturing-heavy economies like China and South Korea, in India, the services sector accounts for 55 per cent of gross domestic product — and the slump in output has had ripple effects on jobs and economic growth.

GDP data on Friday will probably show growth cooled in the three months through March to 1.6 per cent from 4.7 per cent in the previous quarter. With services taking a knock, banks like Goldman Sachs Group Inc. see the economy contractinga record 5 per cent in the current fiscal year that began April 1. 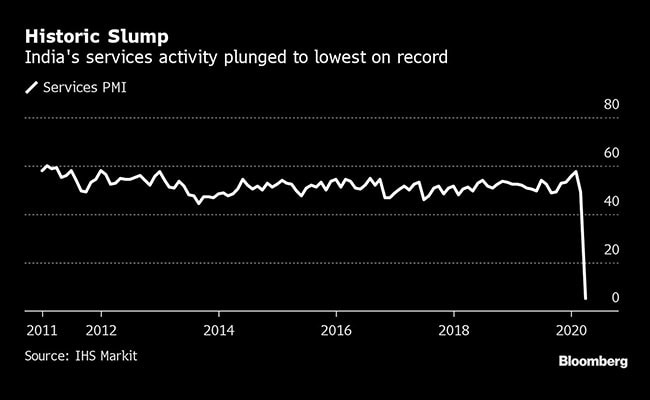 At 5.4, India’s main services index had the world’s worst reading in April, an “astonishingly low” figure, said Priyanka Kishore of Oxford Economics. “The hit to services might end up being similar to manufacturing, as opposed to previous episodes of demand shocks when services remained largely unscathed.”

The pandemic poses a challenge for companies such as Infosys Ltd. and Tata Consultancy Services Ltd., who are part of India’s $181-billion IT services industry that builds software and provides services to some of the world’s biggest banks and retailers. While Infosys and smaller rival Wipro Ltd. refrained from projecting full-year revenue, TCS reported a 1 per cent slip in quarterly profit.

Ms Kishore sees sectors that rely more on social interactions, such as hospitality and entertainment, enduring the most pain.

Services emerged as the key employment growth engine before the crisis hit, with the sector even outperforming agriculture and industrial expansion when the economy was slowing last year. The lockdown though has forced businesses offering services like ride-hailing, food delivery, hotel bookings and real estate to cut jobs in recent weeks. About 122 million people were out of jobs in April alone, according to estimates by the Center for Monitoring Indian Economy.

“The tourism industry will witness an unprecedented scale of job losses,” said Patanjali Govind Keswani, chairman and managing director of Lemon Tree Hotels Ltd. “Currently 60 per cent of branded hotels in India are shuttered, while the remaining 40 per cent are operating with less than 10 per cent of revenues.”

While a new set of daily activity gauges from Bloomberg Economics suggest the worst may be over as governments ease lockdowns, there’s no strong rebound yet. India has allowed businesses to begin gradually reopening since April 20, but a shortage of workers has made it difficult to resume operations fully. The lockdown left millions of migrant workers stranded around the country without access to incomes, while millions more fled to their villages and are reluctant to return to the cities.

Within the travel industry, the aviation sector is expected to lose $3.6 billion in the three months to June, according to CAPA Centre for Aviation. Restaurants will probably operate at 25 per cent-30 per cent of their monthly service levels in the first 45 days after the lockdown is lifted, and are on course for a 40 per cent-50 per cent drop in revenue this fiscal year, said Crisil Ltd.

“All would be focused on the survival of their business rather than expansion,” said Vishal Vithal Kamat, chief executive officer of Kamat Group of Hotels.

The government has unveiled a support package worth Rs 21 lakh crore ($277 billion) to help cushion the blow, including easing access to credit for small businesses and offering cheap loans to workers and farmers. Many analysts see those measures as doing too little to revive demand in the economy in the near-term.

“Given the severity of April’s fall in economic activity, the recovery to pre-coronavirus levels of GDP is likely to be slow,” said Joe Hayes, an economist at IHS Markit.

After PSU Lenders, ICICI Bank Too Allows Customers To Defer EMIs By 3 Months