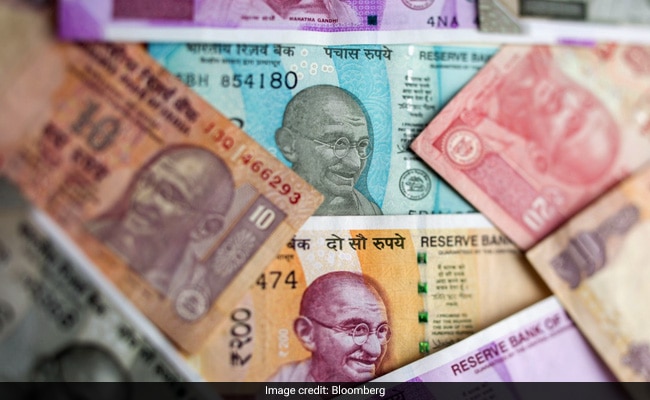 The rupee slid 5.5% in the first quarter

India’s checkered history with foreign investors is making one of the biggest emerging markets look particularly vulnerable at a time when its need for overseas funding has never been clearer.

Decades of semi-socialist, self-reliance based policies following independence left a legacy of ambivalence, or even skepticism, towards overseas capital. As recently as last year, plans for an inaugural offshore sovereign bond provoked a wave of controversy.

That could all change now that the country faces both a sharp economic slowdown and a rapid expansion in borrowing needs. With a lingering shadow banking crisis to fix, the need for overseas funding has never been clearer. And how the government handles the coronavirus could prove influential in determining India’s appeal once the current global market turmoil subsides.

“India’s response to the pandemic will play an important part in determining its ability to attract foreign capital,” said Marcelo Assalin, head of emerging markets debt at fund manager William Blair. “If India’s policy makers demonstrate its ability to both contain the outbreak and manage the socio-economic implications of doing so, foreign investors would be interested in investing in India long-term.”

For now, India is suffering from capital flight, along with emerging markets everywhere. About $15 billion left the country’s stocks and bonds in March, the most in emerging Asia, according to data compiled by Bloomberg. The rupee slid 5.5 per cent in the first quarter, contributing to a 33 per cent loss for the benchmark stock index in dollar terms.

China — which has been assiduously courting foreign investors for years and overhauling its market regulations to address their concerns — by contrast has outperformed the rest of the world during the coronavirus crisis. Standard Chartered Plc analysts estimate China saw almost $30 billion of inflows in January and February, though March is likely to have seen an outflow.

Prime Minister Narendra Modi’s administration has been emulating some of the steps China has taken. The central bank recently announced a widening in access for foreign investors buying government bonds. And it’s seeking inclusion for Indian debt into global indexes. The government last year canceled a surcharge on foreign investment in Indian stocks.

The country’s coronavirus response is top of mind for investors both domestic and overseas. A three-week lockdown — the world’s biggest — runs up against the difficulties of containing more than 1 billion people, while the country’s rickety healthcare system is ill-prepared for a mass emergency.

The country has so far identified at least 1,998 coronavirus cases and 58 deaths, according to data compiled by the Baltimore-based Johns Hopkins University. But with barely 48,000 tests conducted in a nation of 1.3 billion people, virology experts say the true rate of infection could be much higher.

“India will find it more difficult to cope with the epidemic and its economic impact” given its less-developed infrastructure, said Sebastien Barbe, head of emerging markets research at Credit Agricole CIB. “So the way this is handled by the authorities will be crucial, and should count on the medium to long term perception of India by investors.”

The following is a look at how India’s markets have been performing, and thoughts from participants about the outlook.

The country’s stock market just capped its worst quarter on record, with the Sensex index sliding 29 per cent.

“Global investors will be watchful for the length of the lockdown to assess the impact of the lockdown on corporate earnings growth,” said Rajat Agarwal, an Asia equity strategist at Societe Generale. “The valuations are now turning attractive on both relative and absolute levels after a very sharp correction.”

The rupee tumbled to a record low of 76.275 per dollar on March 23. The median forecast among analysts surveyed by Bloomberg is for the rupee to rebound to 72.1 by year-end. Officials last week moved to address an enduring — even widening — segmentation between domestic and offshore currency trading by allowing Indian banks to trade abroad.

“This is a positive move that will add liquidity to offshore markets and therefore reduce volatility,” JPMorgan Chase & Co. analysts Sajjid Chinoy and Toshi Jain wrote in a recent note to clients.

Yields may soon test 5.75 per cent, according to traders. Some market participants warn that expanded financing needs could at some point put pressure on the market, however. Former RBI Governor Chakravarthy Rangarajan expects the central bank to buy sovereign bonds directly if the government has to boost spending against the coronavirus.

Spreads on India’s top-rated three-year corporate bonds more than doubled in the the three months ended March. With the central bank injecting liquidity, those might come down over time, analysts say. But watch for increasing differentiation between stronger and weaker borrowers.

“The divide between the haves and the have-nots will still continue to remain for some more time,” said Lakshmi Iyer, chief investment officer at Kotak Mahindra Asset Management Ltd. “Capital markets will not be able to support the have-nots,” she said.