Top military commanders of India and China have discussed the next steps in the pullback.

There is absolutely no change with respect to India’s position on the Line of Actual Control, the Ministry of External Affairs said on Thursday, in its most full-throated rebuttal yet to reports that New Delhi had ceded territory to China in Ladakh following the months-long standoff along the de-facto border.

“The disengagement process currently underway in the Western sector is specifically aimed at addressing face-off situations and close-up deployments of troops along the LAC (Line of Actual Control). It is based on an understanding between senior military commanders,” Ministry of External Affairs spokesperson Anurag Srivastava said at a news briefing.

“Both sides have agreed at specific points to re-deploy towards their regular posts on their respective sides of the LAC. These are mutually agreed reciprocal actions to be taken by both sides. And as I have already conveyed, it is an ongoing process,” he said.

“This mutual re-deployment should not be misrepresented. There is absolutely no change with respect to India’s position on the Line of Actual Control. We are fully committed to observing and respecting the LAC. Any unilateral attempts to change the status quo along the LAC are not acceptable,” Mr Srivastava said.

India and China are making progress on ending the deadly faceoff along the Line of Actual Control but it is a complicated process and needs verification on the ground, the Indian army had said at briefing earlier in the day.

Last month, after weeks of a standoff, a clash erupted in the high altitude Galwan Valley in the Ladakh in which 20 Indian soldiers were killed and China took an unspecified number of casualties, prompting top level diplomatic and military talks to defuse the crisis.

China has since thinned out from the Galwan Valley and on Tuesday top military commanders on both sides discussed the next steps in the pullback, said the Indian army, which accuses Chinese troops of breaching the LAC, triggering the face-off.

India and China have not been able to agree on their 3,488-km -long border that runs from the snow deserts of Ladakh in the western sector to thick forest and mountains in the east, despite several rounds of talks over the years.

“The two sides remain committed to the objective of complete disengagement. This process is intricate and requires constant verification,” he said. 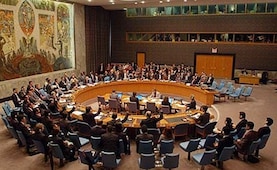