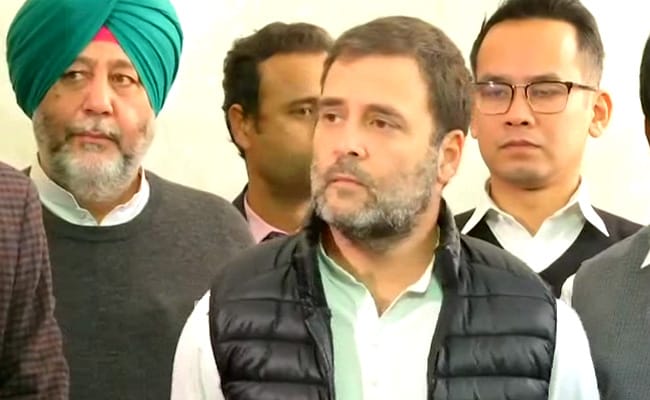 The BJP and the Rashtriya Swayamsevak Sangh’s (RSS’s) ideology is against reservations, Congress leader Rahul Gandhi said today after the Supreme Court said quotas and reservation for promotion in government jobs isn’t a fundamental right.

“This is the BJP’s strategy to erase reservation. In the DNA of the BJP and RSS, reservation irritates them. They want to end it… I want to tell the SC/STs, OBCs and Dalits that we’ll never let reservations come to an end no matter how much Modi-ji or Mohan Bhagwat dream of it,” the Congress MP said.

The Congress also gave a notice in the Rajya Sabha for suspension of business against the top court’s verdict on promotion quota. A similar adjournment motion was moved in the Lok Sabha supported by Left parties.

In a potentially key judgment last Friday, the Supreme Court had said quotas and reservation for promotions for government jobs is not a fundamental right. The top court said it could not compel states to provide quotas and states could not be forced to make such provisions without data showing imbalance in representation of certain communities in public service.

The verdict was delivered on appeals on reservations for the SC/ST community members in promotions to Assistant Engineer (Civil) posts in the Public Works Department of the Uttarakhand government, the court said there was no “fundamental right” that allowed for such claims.

The Supreme Court’s judgment overturned a 2012 ruling by the Uttarakhand High Court that directed the state to provide quotas to specified communities.

At that time senior advocates Kapil Sibal, Colin Gonsalves and Dushyant Dave had argued the state had a duty to help SCs/STs under Articles 16(4) and 16(4-A) of the Constitution.

Lok Janshakti Party leader Chirag Paswan, who had recently demanded a bill on reservation for women in legislatures, criticised the judgment, calling it “entirely against the concept of reservation” and urging the government to “restore reservation as provided under the Constitution of India”.