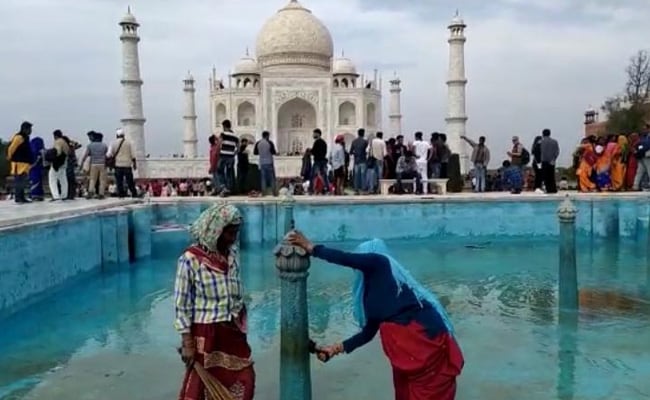 Donald Trump is set to visit India next week for a two day visit.

Ahead of US President Donald Trump’s two-day India visit next week, Agra in Uttar Pradesh is witnessing a makeover of sorts. Streets are being painted and fresh water is being released in Yamuna, one of country’s major rivers.

The Trumps will begin their two-day visit on Monday in Ahmedabad, the largest city in PM Modi’s home state Gujarat.

President Trump and Melania Trump will attend a mega “Namaste, Trump” event at a newly-built cricket stadium in Ahmedabad – said to be the world’s largest – and travel to Agra to see the Taj Mahal before reaching Delhi for the operative part of the visit. 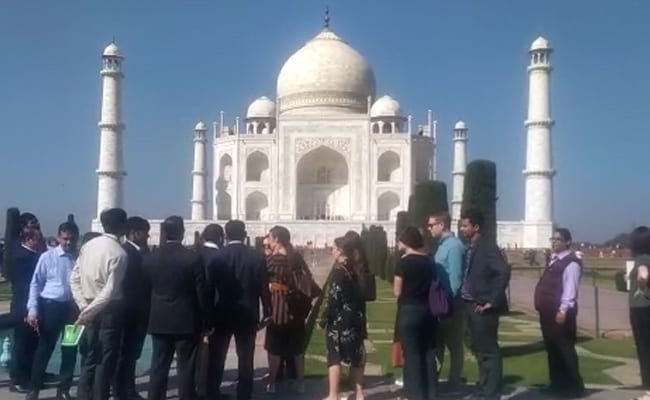 A team of US security officials visited Taj Mahal on Monday.

There are strict guidelines in place for repair and restoration of a monument maintained by the Archaeological Survey of India.

Roads are being repaired and walls are being painted along a 12 km route that President Trump is expected to take after he lands in Agra. More than 3,000 artists from Agra, Mathura, Vrindavan will present cultural events along the route.

“We are widening the road between Air-force station and Taj Mahal, beautification work is also being done. Illegal hoardings are being removed,” Anil Kumar, District Commissioner, Agra Division, said.

Shops outside the Taj Mahal complex have been asked to stick to uniform government-mandated signboards. 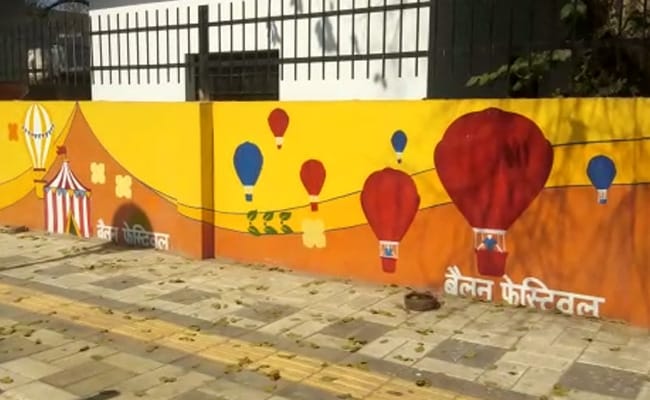 A makeover for Agra streets ahead of Trump visit.

A team of security officials from the United States visited the iconic monument counted among the world’s most beautiful on Monday. Chief Minister Yogi Adityanath also visited the city the same day to review arrangements.

“All the houses, shops, restaurants and hotels on the main route and near the Taj Mahal area have been identified. The verification process is about to finish. Some teams have also been put for getting the verification done,” senior police officer Botre Rohan Pramod was quoted as saying by news agency ANI.

“All this has been done so that there is no security lapse,” he added.

In the last few days, more than 500 cusecs of water has been released in Yamuna, often called the lifeline of Delhi and UP, by the Uttar Pradesh Irrigation Department. The river, which passes through Uttarakhand, Haryana, Delhi, and Uttar Pradesh, has suffered heavily from industrial and sewage pollution in the last few decades.

The move is likely to reduce the “foul smell” from the Yamuna, Uttar Pradesh Pollution Control Board (UPPCB) assistant engineer Arvind Kumar was quoted as saying by news agency PTI.

“If 500 cusecs of water has been released into the Yamuna to control pollution, it will improve the oxygen level in the river in Mathura and in Agra. It may not make the river water fit for drinking, but could reduce foul smell,” he said. 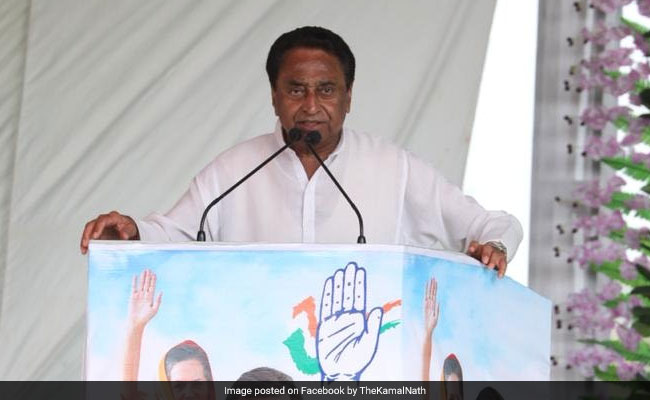 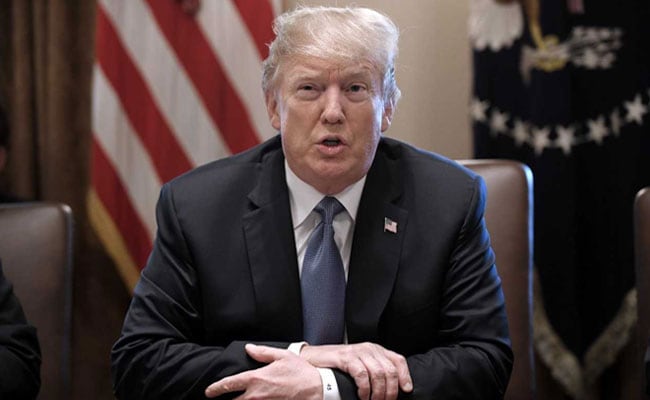