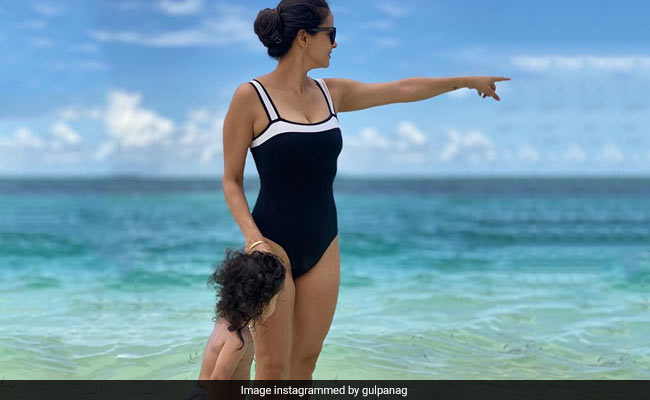 Gul Panag’s World Oceans Day post arrived a day late but it was worth the wait. The 41-year-old actress appears to have shared a throwback photo from her family trip to Maldives last year to drive home a point. “The question to ask is, what world are we leaving behind for our children? All the answers flow from there,” Gul Panag captioned the photo, in which she can be seen enjoying the sun, the sea and the sand in Maldives along with her son Nihal. There’s one element in the photo, which deserves special mention – it’s Gul Panag’s black swimsuit. Take a look at her post first and then we tell you what makes it so interesting.

Gul Panag has a reputation for recycling her clothes from decades ago. In October last year, she climbed up the trend’s list for sharing a then-and-now post, featuring two photos of hers in the same swimsuit – one of the photos was dated 2019 while the other was from 1999. “Then and now. Back in Maldives after twenty years! My Mark and Spencer swimsuit still going strong,” she had written.

Gul Panag also left her fans impressed when she attended a star-studded event in Chennai, wearing a dress from 18 years ago. The dress was a gift from her then boyfriend Rishi Attari, whom she got married to in 2011. “Down with those who say, ‘You can’t repeat a dress.’ This dress is 18-years-old. And I’ve been repeating it for a while,” Gul Panag wrote.

Gul Panag, a former Miss India, became a pilot in 2016 just like her husband. She is best known for her roles in films such as Dor, Jurm, Manorama Six Feet Under, Hello, Straight and Ab Tak Chhappan 2. Gul Panag stars in the recently released Amazon Prime web-series Paatal Lok. 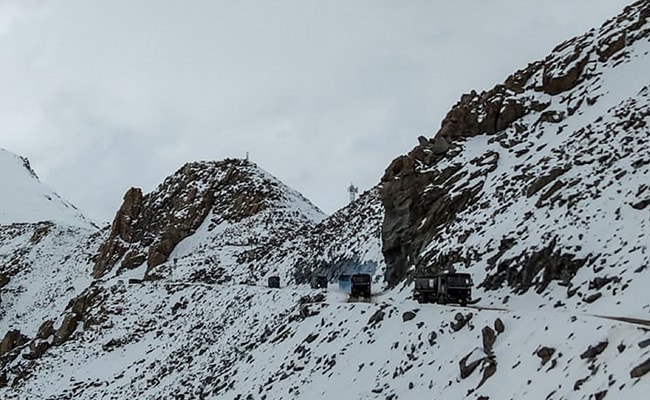 “Controversy Being Created”: PM’s Office On His Remarks At All-Party Meet