Europe took bolder steps in easing coronavirus lockdowns Monday, with some pubs, tourist sites, pools and schools reopening despite fears of a second wave of infections, while in Latin America new cases piled up past the one million mark.

The pandemic has now killed more than 372,000 people and infected at least 6.1 million since erupting in China last year — and efforts to halt its spread by imposing restrictions on everyday life have plunged several economies into recession.

The United States, where the ongoing crisis has now been overshadowed by anti-racism protests provoked by police killings, is by some distance the worst affected country, but cases are also spreading quickly in Latin America, particularly in troubled giant Brazil.

Nevertheless, from Russia to France, Italy and Britain, countries have started to emerge from months-long lockdowns, cautiously adopting a post-pandemic version of normal.

Bars began to serve again n Finland and Finland — albeit with distancing restrictions or shortened hours — while some schools in Britain and Greece opened their doors again.

But the decision to allow schools to partially reopen in Britain drew criticism from some who accuse Prime Minister Boris Johnson’s government of moving too fast to end a lockdown that he has been accused of being too slow to impose.

There has also been scepticism in Russia, where Moscow shopping malls and parks reopened on Monday despite the still-high number of cases, although there was also cautious hope among shopkeepers eager to see business pick up again.

“We opened two hours ago but we already have a few clients. I’m pretty optimistic, I think people will come back little by little,” Olga told AFP at her shop selling handbags and jewelry in central Moscow.

While reopening parts of his own country, Russia’s President Vladimir Putin also called Armenia’s Prime Minister Nikol Pashinyan to wish him a speedy recovery, as he became the latest leader to test positive.

Elsewhere in Europe, still bolder steps were taken. Greece opened some hotels, schools, pools and tattoo parlours, while in Slovenia a mandatory rule to wear masks was eased as the country declared the end of the outbreak.

Slovenes enjoyed a fly-over by US and local military jets to mark the “end of the pandemic” and to thank frontline health workers, while in Romania excited families queued for the reopening of Bucharest’s Grigore Antipa Natural History Museum.

“I love animals, dinosaurs!” declared seven-year-old Robert, as his mum Manuela expressed relief that the lockdown was ending and she could bring him out to follow his passion. “It was his most ardent wish,” she smiled.

“We took advantage of the fact that foreign tourists aren’t here yet,” said Pierluigi, adding that it was his first visit to the massive ancient amphitheatre.

And in South Africa, scores of people queued outside liquor stores in the Johannesburg township of Soweto, waiting to stock up after a nine-week ban on alcohol sales.

The mood was festive with customers carrying crates of empty beer bottles, blasting loud music from their stereos.

“We are overwhelmed, over the moon, so excited. This place is jamming,” said Bongani Khumalo.

“I’m here to buy my beloved beer,” said 31-year-old Anele Mapoma. “It has been a while since I had a taste of that foam and burping.”

The pandemic has devastated the global economy, which is facing its worst downturn since the Great Depression.

With businesses and citizens growing tired of confinement, there is pressure on many leaders to press on with reopenings — especially in nations where outbreaks appear to be slowing.

But health experts have continued to warn of the possibility of a second wave of infections if authorities and citizens let their guard down.

Brazil has more than half a million known infections and the second highest caseload in the world after the US, but President Jair Bolsonaro has defied lockdown recommendations and many of his supporters dismiss the disease as a myth.

In a grim new landmark, infections in Latin America and the Caribbean surged past one million, according to an AFP tally based on official sources.

In the United States — the worst-affected nation in the world, and now faced with a wave of street protests against police killings of unarmed black suspects — Washington and Los Angeles resumed outdoor dining, while New York City is on track to begin reopening from June 8.

Meanwhile, in the Democratic Republic of Congo, there was a reminder that while much of the world struggles with coronavirus, other infectious threats continue.

The health ministry reported a fresh Ebola outbreak in the northwest of the huge central African country. 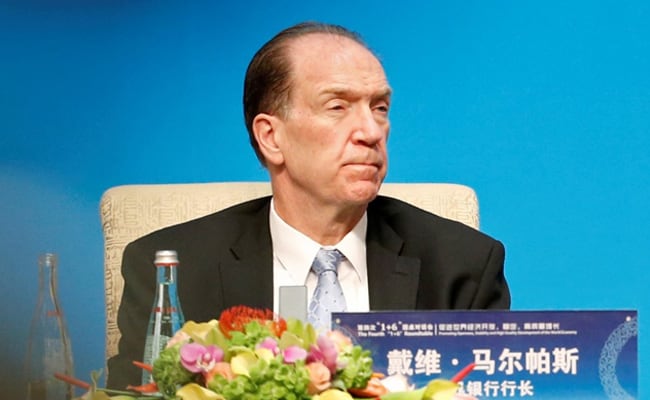 UN predicts ‘deep recession’ in Latin America due to coronavirus US health officials alert citizens to prepare for coronavirus outbreak