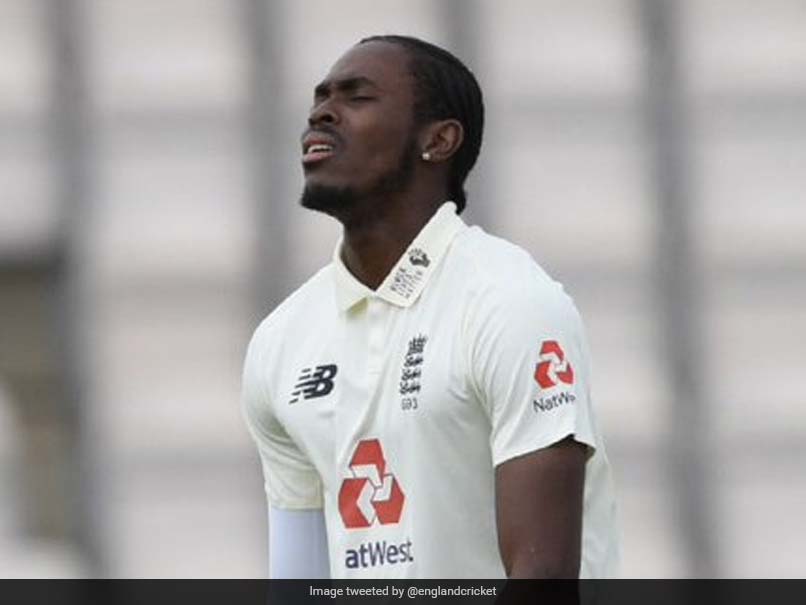 
England’s Jofra Archer was ruled out of the second Test against the West Indies and sent into five days of isolation on Thursday for breaking “bio-secure protocols” aimed at stopping coronavirus infections, the England and Wales Cricket Board said. Both teams have been living in secure “bubble” sites at the Ageas Bowl, the venue for last week’s first Test, and Emirates Old Trafford where the final two matches of the series will take place, in a bid to combat the spread of COVID-19.

The fast bowler apologised for putting his teammates in “danger”, although the nature of the breach was not disclosed. His removal from the squad was announced just three hours before Thursday’s scheduled 1000 GMT start in Manchester.

“I am extremely sorry for what I have done,” Archer, who played in last week’s first Test, said in an ECB statement.

“I have put, not only myself, but the whole team and management in danger. I fully accept the consequences of my actions, and I want to sincerely apologise to everyone in the bio-secure bubble.”

Archer, who had been retained in the squad while fellow quicks James Anderson and Mark Wood were rested, will now undergo five days of self-isolation. He will need to test negative twice for COVID-19 before his isolation period is lifted.

“The West Indies team have been made aware and are satisfied with the measures that have been imposed,” the ECB statement.

It is understood Archer’s breach of the rules took place sometime after Sunday’s end of the first Test at Hampshire’s Ageas Bowl and before the squad arrived at Old Trafford.

An ECB spokesman could not confirm if Archer would face further disciplinary action in addition to missing the second Test.

But the breach is likely to provoke an angry response from officials at Lord’s after they made strenuous efforts to persuade both the West Indies and Pakistan to tour England this season against the backdrop of more than 44,000 deaths in Britain during the pandemic.

Earlier in the campaign, there was a very real concern that COVID-19 could wipe out the 2020 home English cricket programme entirely, with ECB chief executive Tom Harrison outlining a worst-case scenario of a game-wide loss of some 380 million pounds ($477 million) if that happened.

Therefore, it was of the utmost importance to the ECB that the West Indies series and Pakistan’s tour of England, both taking place behind closed doors, went ahead.

England have not called up a replacement into their second Test squad for Barbados-born quick Archer, who burst on the international scene last year when he bowled the decisive Super Over in the team’s World Cup final win over New Zealand at Lord’s.

Archer’s absence deprives England of genuine speed, with the 25-year-old having hit the 90 mph mark during a return of 3-45 in the second innings at Southampton — although the West Indies still won the first Test by four wickets.

Madhya Pradesh Crisis: How The Numbers Stack Up