As many as 15 people have recovered from the virus so far in the US.

US President Donald Trump on Saturday announced restrictions on travel from Iran and advised fellow citizens not to travel to certain areas of South Korea and Italy.

The announcement came as the first death from coronavirus was reported in the US from the Washington state.

“Unfortunately, one person passed away overnight. She was a wonderful woman, a medically high-risk patient in her late 50s,” Donald Trump told reporters at the White House.

“Additional cases in the United States are likely, but healthy individuals should be able to fully recover. If you are healthy, you will probably go through a process and you will be fine,” he said and urged people not to panic.

As many as 15 people have recovered from the virus so far in the US.

“There is no reason to panic at all. Our country is prepared for any circumstance,” the president said at his second press conference in the White House briefing room on his return from India on Wednesday.

Joining the press conference, Vice President Mike Pence said Trump had authorised a ban on entry of foreign nationals who travelled to Iran in the last 14 days.

The United States also advised its citizens not to travel to parts of South Korea and Italy, from where reports of coronavirus have appeared. The vice president has been tasked by Trump to lead the administration’s efforts in the fight against the coronavirus.

According to Center for Disease Control Director Robert Redfield, 22 cases of coronavirus have been reported in the US so far.

Trump said various wings of the US government were working on the coronavirus round the clock.

“It is a tough one, but a lot of progress has been made,” the president said, adding that his administration had taken the most aggressive action in modern history to confront the disease.

In a statement, Washington State Governor Jay Inslee announced the death of an individual from the coronavirus.

“It is a sad day in our state as we learn that a Washingtonian has died from COVID-19. Our hearts go out to their family and friends. We will continue to work toward a day where no one dies from this virus,” he said.

The US Food and Drug Administration (FDA) said there was an outbreak of a respiratory disease caused by the novel coronavirus that was first detected in the Wuhan city of China’s Hubei province and has now been detected in 50 locations internationally, including cases in the United States.

It said the potential public health threat posed by the coronavirus was high, both globally and to the US, adding that to effectively respond to the coronavirus outbreak, rapid detection of cases and contacts, appropriate clinical management and infection control, and implementation of community mitigation efforts were critical.

This could best be achieved with wide availability of testing capabilities in healthcare settings, reference and commercial laboratories, and at the point of care, the FDA said.

It added that it would allow some 300 to 400 academic-hospital laboratories to begin testing for the virus, allowing for checks of thousands of people rather than the few hundred already tested.

“We believe this policy strikes the right balance during this public health emergency.

“We will continue to help to ensure sound science prior to clinical testing and follow-up with the critical independent review from the FDA, while quickly expanding testing capabilities in the US. We are not changing our standards for issuing Emergency Use Authorisations. This action today reflects our commitment to addressing critical public health needs and rapidly responding and adapting to this dynamic and evolving situation,” FDA Commissioner Stephen M Hahn said.

Responding to a question, Trump said he was considering closing the southern border to prevent the spread of the coronavirus.

In a letter on Friday, several senators, including Ted Cruz, Martha McSally and John Cornyn, called for closing the coronavirus.

“As southern border Senators, we are concerned about the possible spread of the coronavirus across our borders,” they said in the letter to US Customs and Border Protection (CBP) Acting Commissioner Mark Morgan.

“We are similarly concerned about recent reports that the virus is spreading in Europe. Border shortcomings by the European Union have resulted in the spread of the virus across a number of nations, and it is essential that the United States not repeat these mistakes. We write to ask how your agency is prepared to address the threat presented by the coronavirus at US borders,” the senators said. 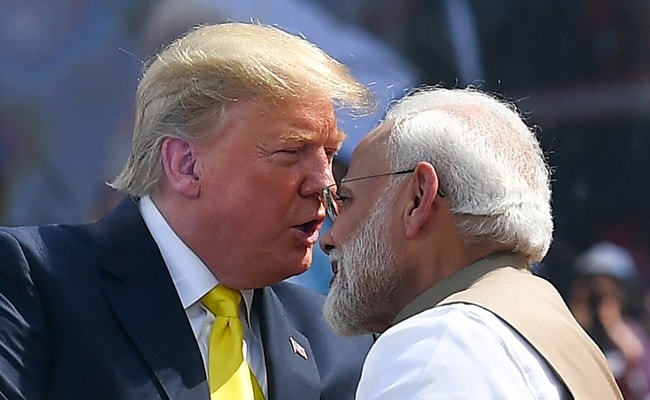