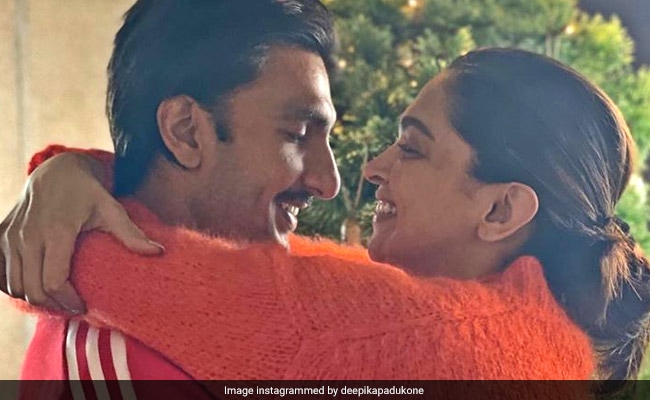 Deepika and Ranveer are holidaying in an undisclosed location (courtesy deepikapadukone)

Deepika Padukone has been posting updates from her vacation with Ranveer Singh but she knows just how to keep the mystery alive. Deepika and Ranveer, who are extremely guarded about their personal life, are vacationing in an undisclosed location but dropping major clues on Instagram. The 34-year-old actress, who started the “his and hers” series on Instagram, uploaded a new entry to with the caption “Two’s company” along with two cycling person emojis. Before you get excited about the possibility of seeing Deepika and Ranveer on a cycling date, the photo simple features a sun-kissed glimpse of two bicycles parked together. We’re sure Deepika and Ranveer were hanging out together somewhere around only but better luck seeing them next time.

Deepika is such a tease. Here’s what she posted:

Earlier, Deepika’s photo of beach slippers suggested that she and Ranveer are currently at a seaside holiday destination. “I will always lean on you to show me the way,” she captioned it.

It was followed by a photo of two umbrellas that read: “Come sunshine or rain.”

Here’s how Deepika had announced she was jetting off to a vacation:

Deepika Padukone’s much-deserved vacation comes after she remained busy with promotional duties for Chhapaak last month. Meanwhile, Ranveer wrapped the shooting of Jayeshbhai Jordaar just in time for his vacation. On the work front, Deepika just announced a new film – the Hindi remake of Hollywood hit The Intern – in which she co-stars with Rishi Kapoor. Deepika has also been roped in to co-star with Siddhant Chaturvedi and Ananya Panday for a Shakun Batra-directed film, which is yet to be formally announced. Ranveer has films such as Jayeshbhai Jordaar and Takht in his line-up. His cricket drama ’83 releases on April 10, in which Deepika has a cameo.