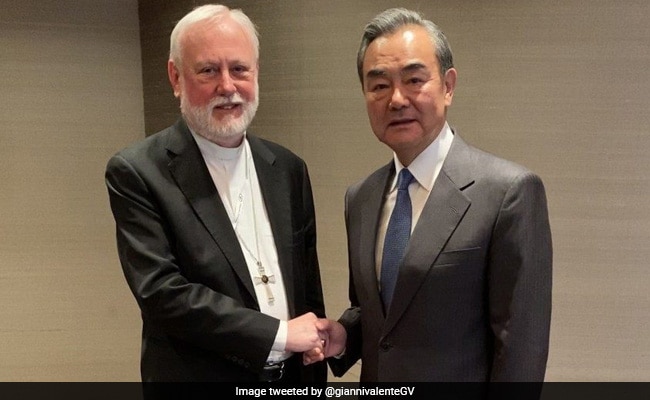 The foreign ministers of China and the Vatican have met in the first such high-level encounter between the sides, which do not have diplomatic ties, Beijing’s state media said Saturday.

The meeting between China’s Wang Yi and Archbishop Paul Gallagher in Munich, Germany, on Friday comes as relations between the two sides steadily improve following a landmark agreement on the appointment of bishops in 2018.

The People’s Daily, the Communist Party mouthpiece, said Gallagher and Wang spoke about China’s efforts to combat the new coronavirus epidemic, describing it as their first-ever meeting.

The Vatican News, the Holy See’s official information website, cited a statement as saying that the meeting — which took place during the Munich Security Conference — covered the 2018 agreement.

The two sides agreed to “continue the institutional dialogue at the bilateral level to promote the life of the Catholic Church and the good of the Chinese people”, the statement said, according to Vatican News.

China’s roughly 12 million Catholics have for decades been split between a government-run association, whose clergy were chosen by the atheist Communist Party, and an unofficial underground church loyal to the Vatican.

But under the terms of the deal agreed in September 2018, both Beijing and the Vatican now have a say in appointing Catholic bishops. At least 27 killed in attack on Afghan political rally: Officials