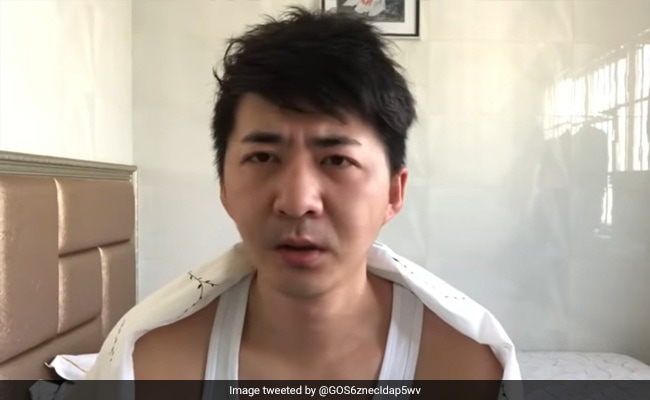 Over the past couple of weeks, Chinese citizen journalists Chen Qiushi and Fang Bin have served as the world’s eyes and ears inside the epicenter of the coronavirus outbreak, the city of Wuhan. Broadcasting via their mobile phones, they’ve offered a glimpse of how dire things have been. Many of those videos have been posted to Twitter and reposted on YouTube.

Now one of them is missing.

Chen has been out of reach for more than 20 hours. Fang, who was silent much of Friday until a video posted in the evening, was previously detained briefly by authorities for his video of corpses in a hospital. When he filmed the dramatic moment people in hazmat suits broke down his apartment door to take him into quarantine, it sparked hundreds of comments urging the authorities to release him.

It’s no accident that their posts grew viral on American platforms. China’s internet watchdog has stepped up its policing efforts, announcing on Wednesday it would conduct “targeted supervision” on the largest social media platforms including Weibo, Tencent’s WeChat and ByteDance’s Douyin. The regulator has already frozen a raft of social media accounts, then stepped up online scrubbing to quiet a wave of confused outrage over the death of the doctor that first raised red flags about the disease.

In this environment, U.S.-based Twitter has emerged as the destination for locals seeking information about the spread of the virus. It’s officially banned in the country, but many people hop the Great Firewall and access the platform via virtual private networks.

“There’s a lot more activity happening on Twitter compared with Weibo and WeChat,” said Maya Wang, senior China researcher at Human Rights Watch. There has been a Chinese community on Jack Dorsey’s short-message platform since before President Xi Jinping rose to power, she added, but the recent crackdown has weakened that social circle.

Chen, the most visible among scores of residents documenting the human disaster around them, has for many followers become the go-to source for real facts about the epidemic. Wuhan locals have filmed some of the most chilling videos during the outbreak, including images of untreated corpses, discontent among quarantined patients in hospitals and police knocking on doors to enforce censorship. Bloomberg News has not independently verified the authenticity of those videos.

Twitter was becoming the last line of defense for people to gather information and record the trauma that thousands of families were experiencing.

“After lifting the lid briefly to give the press and social media some freedom,” said Wang about China’s ruling Communist Party, the regime “is now reinstating its control over social media, fearing it could lead to a wider-spread panic.”

Starting this week, scores of WeChat users complained that they were locked out of their personal accounts after people in their chat groups discussed issues around the virus outbreak. That’s meant losing access to all of their stored social contacts as well as the money in their WeChat wallets. Many others have gone into self-policing mode, reminding friends in their chat groups not to exchange information about the coronavirus.

Chen has been out of contact for a prolonged period of time. His friends posted a message on his Twitter account saying he has been unreachable since 7 p.m. local time on Thursday. In a texted interview, Bloomberg News’s last question to Chen was whether he was concerned about his safety as he’s among the few people reporting the situation on the front lines.

His response has yet to come back.