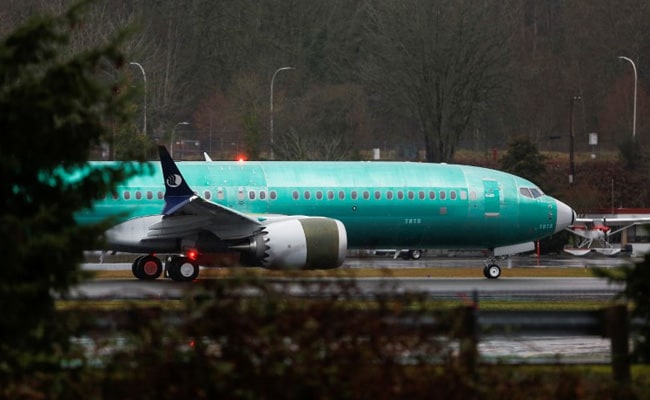 Boeing Co told the U.S. Federal Aviation Administration it does not believe it needs to separate or move wiring bundles on its grounded 737 MAX jetliner that regulators have warned could short circuit with catastrophic consequences, people familiar with the matter said on Friday.

The FAA confirmed Friday it had received a proposal from the planemaker regarding the wiring issue.

The FAA will “rigorously evaluate Boeing’s proposal to address a recently discovered wiring issue with the 737 MAX. The manufacturer must demonstrate compliance with all certification standards,” the agency said in a statement.

The U.S. planemaker and FAA first said in early January they were reviewing a wiring issue that could potentially cause a short circuit on the 737 MAX, and under certain circumstances lead to a crash if pilots did not react in time.

A Boeing spokesman referred all questions on wiring to the FAA, saying the agency would make the final decision and that the company is answering questions from the FAA.

Boeing has spent months updating the stall-prevention software known as MCAS linked to both crashes, but fresh issues have surfaced, complicating regulators’ efforts to re-approve the plane.

Given intense scrutiny of the 737 MAX, Boeing is sure to face questions about whether the MCAS system makes it harder for pilots to react in the event of a short circuit.

There are more than a dozen different locations on the 737 MAX where wiring bundles may be too close together. Most of the locations are under the cockpit in an electrical bay.

If the bundles pose a potential hazard, regulations would typically require separating the bundles or adding a physical barrier.

Boeing has noted in talks with the FAA that the same wiring bundles are in the 737 NG, which has been in service since 1997 and logged 205 million flight hours without any wiring issues.

New safety rules on wiring were adopted in the aftermath of the 1998 Swiss Air 111 crash.

A company official told Reuters last month Boeing had been working on a design that would separate the wiring bundles, if necessary. Moving the bundles could pose further delays to the return of the MAX, however, and Reuters reported Thursday that a key certification test flight was not expected until April or later.

Three U.S. airlines this week pushed back the resumption of 737 MAX flights from June until August or later. Boeing has estimated U.S. officials would lift a safety ban on the aircraft around mid-year.

It is unclear whether the European Union Aviation Safety Agency will demand the MAX wiring bundles be separated. A spokeswoman for the agency on Thursday said regulators were “waiting for additional information from Boeing.” Is Brazil the next big hotspot as other nations ease up?