Seeking to ease hardships faced by people during the ongoing lockdown, several banks on Tuesday initiated steps to effect the RBI-suggested moratorium on loans taken by their customers and e-retailers began deliveries, but job losses and pay cuts continued to haunt many even as authorities promised special facilities, including for migrant labourers. As the 21-day nationwide lockdown entered its seventh day, the Centre also asked all states and Union Territories to ensure normal functioning of banks and ATMs during the lockdown period and said the Rs 27,500-crore financial package under the Prime Minister Garib Kalyan Yojana will be disbursed in coming days.

Separately, several public sector banks said they have started sensitising their branches about three months” moratorium on all term loans, including home, auto and crop loans, to help customers in overcoming financial difficulties due to the coronavirus outbreak and the subsequent nation-wide lockdown.

Similar steps are expected from the private sector banks also.

The Retailers Association of India, however, complained that banks are unwilling to extend the three-month moratorium to borrowers even after four days of it being announced. It sought the RBI”s intervention in the matter.

Some telecom companies also announced free talk time and free SMSes for a limited period, especially for the low-income group customers and those distressed during nationwide COVID-19 lockdown.

Ride-hailing platform Ola said it will offer interest-free credit of up to Rs 3,600 to driver-partners to help them meet immediate household expenses amid the coronavirus pandemic. E-commerce companies like Amazon and Grofers are also gradually resuming services across various cities they operate in but it will still be at least a week or so before they can clear the pending orders, according to industry executives.

However, job losses remained the biggest worry for many, for those working in the services sector as well as the contract labourers in the manufacturing plants most of which have been shut due to the pandemic.

Besides, the Union Home Ministry said over 21,000 relief camps have been made operational in the country where more than 6.6 lakh destitute people and those stranded because of the COVID-19 lockdown are sheltered as of now.

Punya Salila Srivastava, a joint secretary in the ministry, told reporters during a daily briefing on the coronavirus and lockdown situation that over 23 lakh people are also being provided food at these camps and other locations.

Separately, the Supreme Court asked the government to prevent migration of people due to coronavirus and said “panic will destroy more lives than the virus”. It asked the Centre to get trained counsellors and community leaders of all faiths to calm down the migrants kept in shelter homes across the country.

The court said these shelters should be run by volunteers and not the police, and there should be no use of force and intimidation.

Experts, meanwhile, said domestic violence cases in India have increased since the lockdown began with husbands venting their frustration on wives, who have no escape from their abusers.
India has been under a three-week lockdown since March 24 with its 1.3 billion people instructed to stay home in view of the coronavirus outbreak, which has claimed 32 lives and infected over 1,200 people in the country.

The National Commission for Women (NCW), for instance, received 58 complaints from March 23 to March 30. Many of these complaints have come from north India, particularly Punjab, said NCW chairperson Rekha Sharma.

In Kerala, the state government has decided that special passes will be issued for tipplers to buy liquor but on doctor”s prescription that they are showing withdrawal symptoms due to non-availability of alcohol in view of the coronavirus lockdown.

At least three men in Kerala have committed suicide after allegedly showing alcohol withdrawal symptoms within days after liquor stores shut the doors.
Similar incidents have been reported in other parts of the country including in neighbouring Telangana and Karnataka.

Kerala has the highest per capita consumption of alcohol in the country. The sale of liquor in the state has continued on an upward spiral despite the prohibitive tax on legal alcohol and the many dry days.
At the same time, more companies announced pay cuts for their staff, while a large number of people, including the contract workers and daily wagers, have already been rendered jobless.

Budget carrier SpiceJet has decided to cut up to 30 per cent salary of its employees in March, though the company told its staff that Chairman Ajay Singh has opted for the highest 30 per cent cut in compensation.

In the US also, foreign IT professionals, a majority of them Indians with H-1B visas, have urged the Trump administration to extend their permissible stay from 60 to 180 days after job loss, amidst the massive layoffs in America due to the coronavirus pandemic. The H-1B visa, most sought after among the Indian IT professionals, is a non-immigrant visa that allows the US companies to employ foreign workers in speciality occupations that require theoretical or technical expertise. A record 3.3 million Americans have filed initial jobless claims for the week ending March 21. 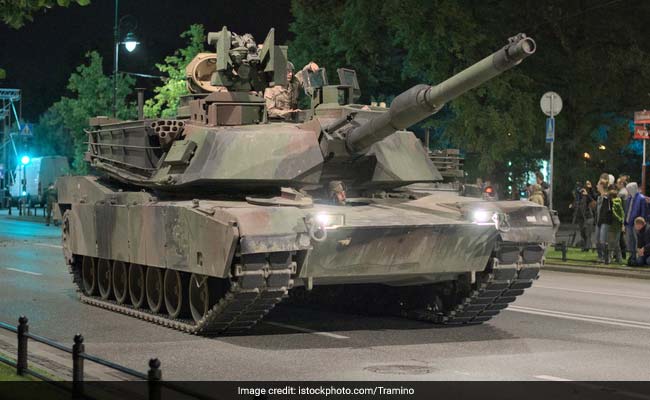