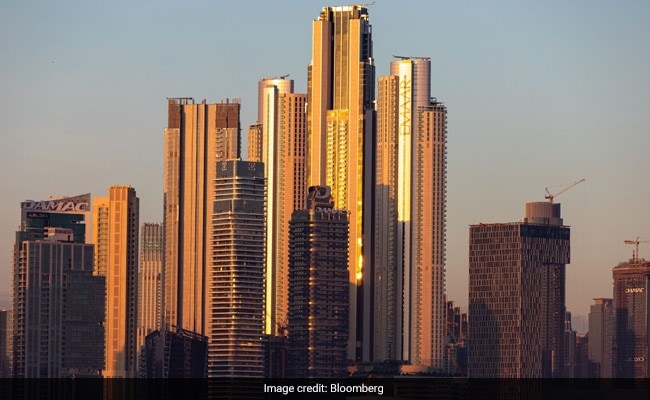 Until recently, Dubai was the place to be for Middle Eastern start-ups like Golden Scent

Ronny Froehlich’s voice echoed across the empty rooms as he walked through his company’s new office in Riyadh.

The German entrepreneur had just set up the internet, but he was already imagining the space as the bustling future headquarters of Golden Scent, a Dubai-based e-commerce firm he co-founded with a Saudi friend five years ago. The next step is to move employees from Dubai and hire more in the Saudi capital.

“If you want to be big in the Middle East, you need to be in Saudi-full stop,” he said. “Maybe in six months we’ll stand here and it’s full.”

The growing number of startups in Riyadh reflects an undeclared competition between two Gulf allies that’s set to intensify this year, realigning the economics of a region striving to reduce its reliance on oil.

Dubai has staked its economic recovery on World Expo 2020, a six-month showcase of global innovation expected to attract some 25 million visitors, while investing billions of dollars in infrastructure. It’s also a big year for Saudi Arabia, which takes on the chairmanship of the Group of 20 major economies and plans a series of events to promote its own breakneck transformation.

Until recently, Dubai was the place to be for Middle Eastern start-ups like Golden Scent, which sells perfume and beauty products. The glitzy city in the United Arab Emirates built its reputation as a freewheeling business hub in a region clogged with bureaucracy.

Even companies focused on the much larger Saudi market would base themselves in Dubai, deterred by restrictive investment rules or the religious police that roamed the streets badgering women to cover up.

But as Crown Prince Mohammed bin Salman reshapes Saudi Arabia, that’s beginning to change. In just a few years, the Islamic kingdom has opened up to tourists for the first time, dramatically eased restrictions on women, allowed cinemas and wooed visitors with a parade of world-class chefs, concerts and sporting spectacles.

Rumors are even circulating that a long-standing alcohol ban may be relaxed as Saudi Arabia vies to win back business it’s lost to other Gulf countries over the years.

Five years ago, Abdullah Altamami, a Saudi venture capitalist and chairman of online payments system HyperPay, struggled to establish a business in his home country. Today, he sees a sleeping giant that’s waking up.

Abdullah Altamami at his office in Riyadh on Feb. 11. Photographer: Maya Anwar Siddiqui/Bloomberg

“I don’t invest in a company now regionally that doesn’t focus on Saudi Arabia,” said the 34-year-old.

Nobody denies there’s a long way to go. Saudi Arabia’s transformation has coincided with a crackdown on political dissent – also little tolerated in the U.A.E. It was tainted in the eyes of some investors by a foreign policy that has been more aggressive and unpredictable under Prince Mohammed. The 2018 murder of Washington Post columnist Jamal Khashoggi dealt a reputational blow that Saudi Arabia has yet to overcome.

And day-to-day difficulties still remain. Foreign workers in Saudi Arabia must request “exit visas” from employers to leave the country, even for a weekend away. While restrictions on having fun have loosened up, there’s no comparison with Dubai, and the modest dress code still puts off many women. As a result, it takes generous packages to attract talent.

But people are coming, and it’s not just Saudi entrepreneurs moving home.

Last year, a Norwegian company planning to set up a $90 million salmon farm in the U.A.E. decided to base it in Saudi Arabia instead. Residents of the Emirates consume way more salmon now, but Saudi Arabia offers future growth as the government is pushing fish as a healthy choice.

Michael Page, an international employment agency, has noticed a surge in executives, particularly in the property industry, looking to relocate as Saudi Arabia unveils projects for entire new cities that could yet eclipse the splashy developments, such as the Burj Khalifa skyscraper, on which Dubai built its name.

“Over the last 18 months, we have seen many high profile leaders in the real estate sector moving from across the world looking to be involved in the giga-projects,” said Tom Watson, a partner at Michael Page Middle East.

That’s the catch for Dubai-Saudi Arabia’s sheer size. At 34 million, the population is more than three times the U.A.E.’s, making it the biggest market in the Gulf by far. Even if Prince Mohammed only succeeds in realizing part of his vision to transform the country, it will have implications for neighboring states, which long benefited from Saudi Arabia being a closed shop.

The island of Bahrain, linked to Saudi Arabia’s Gulf coast by a bridge, served for decades as a weekend destination for Saudis and foreign executives looking to catch a movie or concert. With all that now available at home, Bahrain’s economy could also feel the pinch. In the U.A.E, weak oil prices and a real estate slump have prompted authorities to rethink residency rules to encourage the large expatriate population to stay through the tough times.

Saudi Arabia was among the top 10 most improved countries in the World Bank’s Doing Business report for 2020, having made it easier to start a company, get permits, power and credit and enforce contracts. In 16th place, the U.A.E. still leads the region, but the gap is narrowing.

“There is definitely nervousness about Saudi Arabia’s opening in Dubai,” Steffen Hertog, a Gulf specialist and associate professor at the London School of Economics, said. “I don’t think Dubai will lose its status as the region’s primary hub anytime soon as it is so far ahead.”

“That said, Saudi-focused business at least is more likely to relocate to Saudi as social life and bureaucracy get easier there,” he added.

That’s the case for Golden Scent’s Saudi co-founder, Malik Al-Shehab. Back in 2014, he and Froehlich tried to set up their company in the kingdom, which they always saw as their home market. But it was difficult to find Saudi investors and, at the time, Saudi Arabia had tight restrictions on foreign investment. Now those rules have changed, it made sense to come home, Shehab said.

The social measures have also helped. Shehab is now preparing to relocate his family to Riyadh from Dubai.

Early on, Prince Mohammed viewed Dubai as a city built on the back of Saudi Arabia’s shortcomings, providing a home for Saudi businesses driven abroad. He imagined his futuristic project of “Neom,” a $500 billion city built from scratch, becoming a global center bigger than Dubai.

However, in an interview in 2017, the crown prince dismissed talk of rivalry. “I don’t think Hong Kong harmed Singapore or Singapore harmed Hong Kong,” he said. “They are creating good demand around each other.”

Indeed, many executives say the rise of a new Saudi Arabia, and the new markets it would open up, could ultimately boost the tiny states dotted along its Gulf littoral. That’s the line taken by Dubai officials, who’ve also cast the Saudi transformation as a win-win.

“This is not a story of either/or, it’s a story of a combination,” said Fadi Ghandour, chief executive of Middle East venture capital firm Wamda Capital, based in Dubai. “The U.A.E. and Saudi Arabia are complementary.”

As for Froehlich at Golden Scent, the Dubai apartment will stay. But he’s looking for a place in Riyadh too.