Doctors at Hyderabad’s Gandhi Hospital were allegedly attacked after a patient with multiple illnesses died of COVID-19 today. The 49-year-old man was critical and tested positive for coronavirus around a week ago. After his death, two of his family members blamed the doctors for it and allegedly attacked them.

Gandhi Hospital’s doctors claim that these incidents are happening frequently. Requesting protection and assurance from the chief minister, the doctors wrote to the police.

These attacks on healthcare workers are however not limited to Hyderabad alone.

In Madhya Pradesh’s Indore, angry locals threw stones at doctors, healthcare workers and civic officials who went to screen people for coronavirus in the city’s Taat Patti Bakhal area. Two women doctors were injured in the attack and had to be rescued by police. This comes two days after locals of Ranipura area of the city allegedly spat at officials and abused them during screening.

Two cases were reported from Taat Patti Bakhal and as many as 54 families have been put under home isolation. Yet the resistance from locals continues. Both areas have been declared COVID-19 hotspots in the city.

Sources said that a team of two doctors were on sent to the area for screening of locals.

The coronavirus pandemic has forced the country to shut down for 21 days. And police has been trying to ensure it is followed diligently. Police has also extended help to the healthcare workers who are often at the receiving end of people’s anger.

Telangana’s Director General of Police condemned the attack on the doctors of Gandhi hospital and said security of the doctors will be increased with immediate effect.

Similarly in Indore, officials have zeroed in on a suspect.

“We have identified one garage owner who will be arrested; some of the residents hurled abuses and also threw stones at the team forcing them to stop their screening work and leave the area but no injury to anyone was reported in the incident,” Collector Manish Singh said.

The coronavirus outbreak has been spreading exponentially around the world and has affected over 1,800 people in India and 8 lakh globally.

Recovery From Coronavirus May Not Confer Immunity, Warn Experts 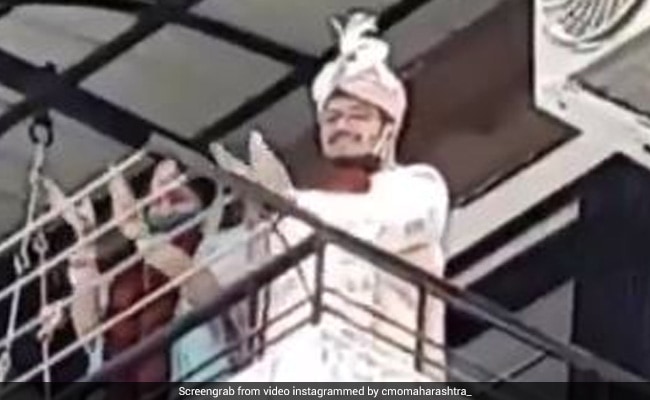 “Married At Home” Maharashtra Couple Get This Reception From Cops. Watch