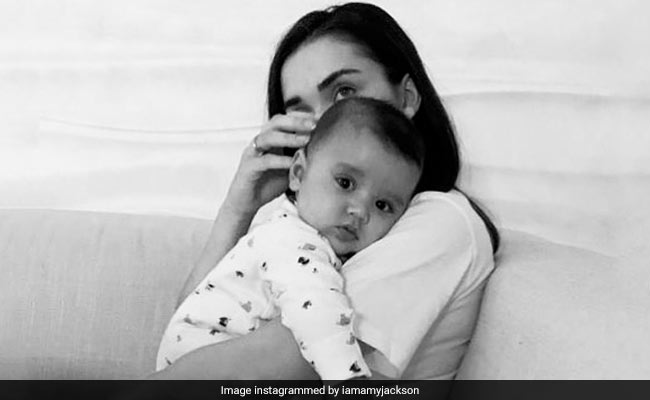 Amy Jackson often treats her fans to pictures of her baby son Andreas. Yet again, she shared a picture featuring herself with the baby and it has all our heart. In the photograph, Amy Jackson can be seen holding Andreas lovingly as she is sitting on a sofa. The little one, who recently turned four months old, adorably rests on her mother’s shoulder in the black and white picture. The model-actress welcomed her first child Andreas with fiance George Panayiotou last year. Sharing the picture on Instagram, Amy Jackson affectionately wrote, “My moon and all the stars,” referring to her son. Take a look at this adoring picture:

We also got glimpses of Amy Jackson spending time with her little munchkin at the beach. Amy Jackson shared a picture on her social media profile earlier this month and wrote: “Real life vs Instagram life (and no, I didn’t just chuck AP into the sea)”

The actress also gave baby Andreas a cool look with sunglasses. She captioned it, “Mum, get the Pina Coladas in will ya.”

As the baby turned four months old, Amy Jackson took to Instagram and shared a picture of Andreas. She wrote, “Four months old today. It’s hard to remember what life was like before you, my baby. You are the most amazing little human and I’m so blessed to be your mummy.”

Amy Jackson also shared her experience of looking after Andreas and said, “Making 6 am wake up calls a walk in the park. I love you.”

Andreas was born on September 23, 2019. Amy Jackson made the announcement with this welcome post featuring George Panayiotou and their baby.

On the work front, Amy Jackson was last seen in Rajinikanth’s robot drama 2.0. Akshay Kumar also features in the film. The model-actress made her debut in Bollywood with 2012 film Ekk Deewana Tha opposite Prateik Babbar. 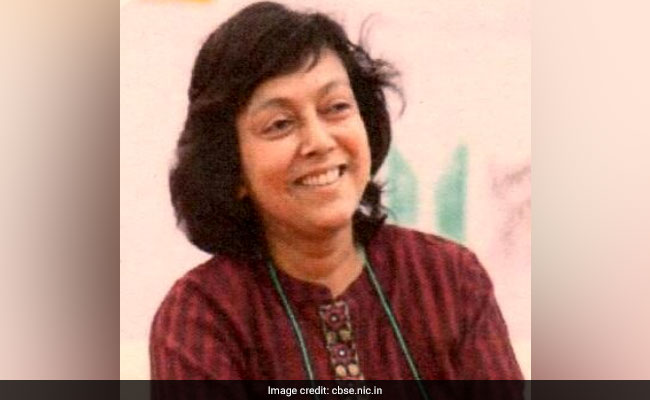 Shift To School-Home Collaboration For Learning: CBSE Chairperson To Principals