The centre had imposed a clampdown on Kashmir after the scrapping of its special status.

Two US Congressmen from opposite sides of America’s political divide today expressed concern over the Kashmir issue, insisting that the Narendra Modi government release political detainees and restore normalcy in the region at the earliest.

Ami Bera, Democrat Chair of Asia Pacific Group of House Foreign Affairs Committee in the US Congress, and Republican George Holding, who is co-chair of the India caucus, are both visiting India.

Mr Bera told reporters in Delhi that they are keen on bringing a US congressional delegation to Kashmir. “We have expressed our concern on the continued detention of political leaders in Kashmir. We would like to see an early return to normalcy there,” he said in New Delhi.

The comments come days ahead of US President Donald Trump’s visit to India through February 24 and 25, an occasion expected to highlight the bonhomie between the two countries. In the past, Donald Trump had repeatedly offered to mediate between India and Pakistan on Kashmir, which India firmly rejected.

Mr Bera also expressed concern over the Citizenship Amendment Act, a controversial law that has sparked protests across India over the last three months. Several member of the US Congress have already termed the law, which aims to make citizenship easier for non-Muslim migrants from three neighbouring countries, as “discriminatory” and “unconstitutional”.

The politician expressed pride over India’s secular credentials, and hoped they will be preserved in the years to come. “India is a secular democracy where 800 million Hindus live side by side with the minorities,” he said.

George Holding, however, said there was still a lot of bipartisan support for India in the US Congress.

The central government had scrapped Jammu and Kashmir’s special status under Article 370 through a presidential order last August, imposing a clampdown on the region and taking many local politicians into custody to prevent protests . The move was criticised by opposition politicians and human rights activists.

Last week, two former Chief Ministers — Omar Abdullah and Mehbooba Mufti — were held under the draconian Public Safety Act just as their detention under the earlier law was ending. The US state department has repeatedly said that political leaders in Kashmir should be released “swiftly”, a sentiment that was also echoed by the European Union last week.

Foreign delegations have toured Kashmir on three occasions over the last six months.

Opinion: The Price of Covid Freedom May Be Eternal Spying

18-Year-Old Gangraped By 7 In Madhya Pradesh, 3 Minors Among Accused: Cops 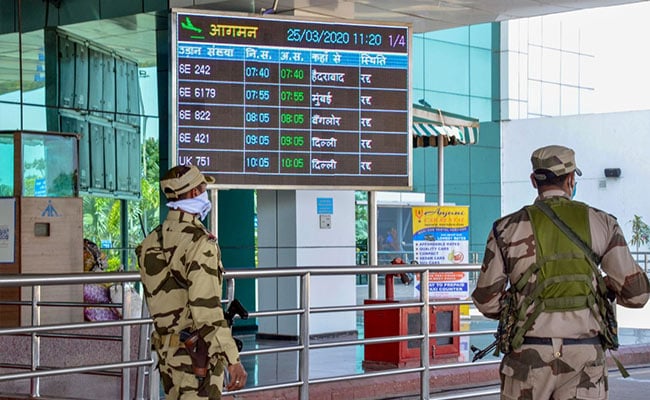 Around 500 Security Forces Personnel Infected With Coronavirus In Delhi