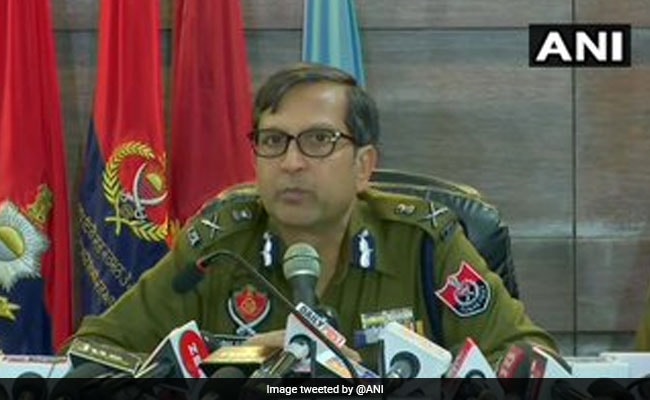 Amid a major controversy in Punajb over his remarks on the Kartarpur corridor, state police chief Dinkar Gupta said his comment was misunderstood or wilfully misconstrued.

Mr Gupta’s remark — “Kartarpur offers a potential that you send somebody in the morning, by evening he is trained terrorist” — at an event organised by The Indian Express newspaper on Friday had triggered a backlash.

“You are there for six hours, you can be taken to a firing range, you can be taught to make an IED (Improvised Explosive Device),” he was quoted as saying.

The Kartarpur corridor, which was opened on November 9 last year, links the Gurdwara Darbar Sahib in Pakistan – the final resting place of Guru Nanak Dev – with Dera Baba Nanak in Gurdaspur of Indian Punjab.

Senior SAD leader Bikram Singh Majithia warned, “If a clarification is not issued, the party will stall proceedings of the budget session of the Vidhan Sabha on February 24.”

Akal Takht head priest Sahib Giani Harpreet Singh also reacted over Mr Gupta’s remark. He said that if paying obeisance at our religious places converts us as terrorists we are ready to become one.

On Saturday, Mr Gupta said his statement was strictly pertaining to the security and safety of Punjab and India and there was absolutely no reference to any religion or community.

“I only red-flagged the obvious potential for misuse by elements notorious for their hostility towards India and their (Pakistan) effort to exploit every opportunity, even the most pious one, to disturb the peace and communal harmony,” he said.

The top cop said that he was personally there when the first pilgrim crossed the border at Dera Baba Nanak, to visit Sri Kartarpur Sahib in November 2019.

In a statement, Mr Gupta said, “I rejoiced at the opening of the Sri Kartarpur Sahib Corridor which has fulfilled the decades-old aspirations of millions of devotees. I myself profess faith in Guru Nanak Dev Ji and his divine teachings. Their daily ardas (a Sikh prayer) for ‘khulle darshan-deedaar’ of religious shrines that remain in post-Partition Pakistan, was finally answered. It was a matter of even greater happiness that it coincided with the 550th Prakash Purab of Sri Guru Nanak Dev Ji.”

He said, in the four months since its inauguration, the Punjab Police has facilitated more than 51,000 devotees and it will maintain peace and stability.

The Punjab government is yet to respond to the controversy.