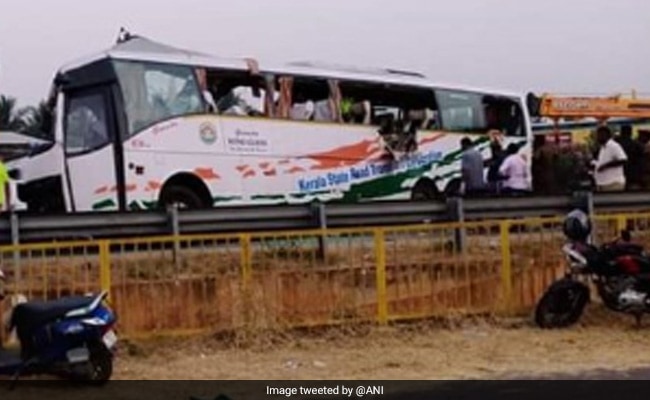 The driver of the truck that was coming from Coimbatore is on the run, the police said.

Over 19 people were killed and a few are feared trapped in debris after the bus in which they were travelling in was hit by a container that had come off a truck coming from the opposite side on a highway in Tamil Nadu’s Coimbatore, the police said. Twenty-three were injured. They have been taken to different hospitals.

The Kerala government-run Volvo bus that can seat over 50 people was going to Ernakulam from Bengaluru in Karnataka, state Transport Minister AK Saseendran told reporters.

The police said the number of dead is likely to rise.

In visuals, the right side of the white bus is seen completely mangled, the driver’s area is smashed in and the damaged bus lies tilted.

Reports said the tyre of the truck burst while it was in speed, and the container got detached and rolled on to the road before colliding with the bus.

Rescuers at the accident site are trying to find survivors in the debris.

The driver of the truck that was coming from Coimbatore is on the run, the police said.

“All possible relief measures will be taken in cooperation with the government of Tamil Nadu and the District Collector of Tirupur,” Chief Minister Pinarayi Vijayan’s office said.

Centre “Can Afford Small Loss”: Shashi Tharoor For No Tax On Essentials 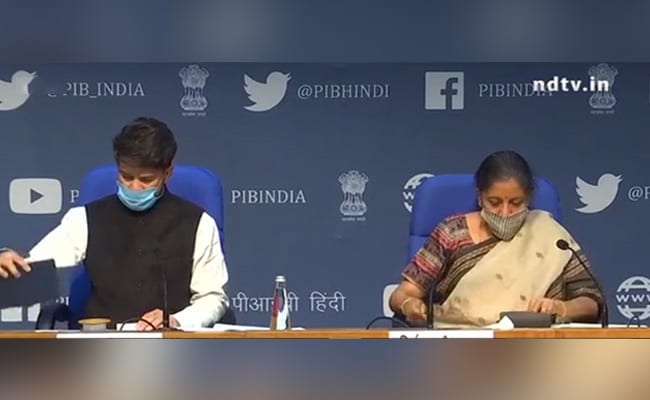